AIDS: A THIRD PATIENT IS NOW REPORTEDLY CURED OF HIV

Spread the love
thanks for the views we appreciate : 3,481

Following news of a man in the UK who has been free of HIV since his cancer treatment, a similar case has been reported by researchers who treated a patient in Germany. Together, they add to evidence that it may be possible to cure HIV. 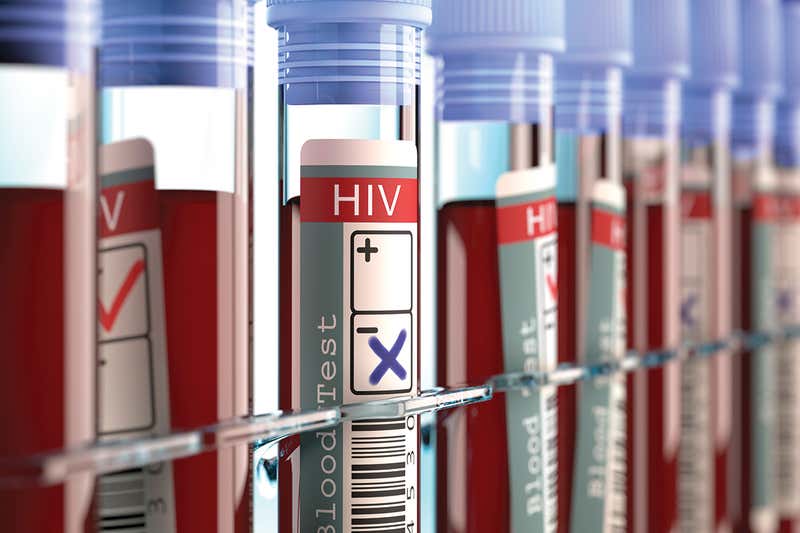 The virus infects cells of the immune system, which are made in the bone marrow. A man known as the “Berlin patient” was the first person to become HIV-free after cancer treatment, back in 2007. To treat his leukaemia – a cancer of the immune system – he was given a treatment that involved killing nearly all his immune cells with radiotherapy or drugs, and then replacing them with cells from a donor. This donor was naturally resistant to HIV, thanks to a rare but natural mutation in a gene called CCR5.

Since then, no one else had had HIV eliminated from their body in the same way, until a second case was announced on Monday. This person, known as the London patient, was given bone marrow from a donor with the CCR5 mutation as a treatment for Hodgkin’s lymphoma, another immune cell cancer. He was advised to stop taking the antiviral drugs that keep the virus in check about a year afterwards. Eighteen months later, the virus hasn’t returned.

Read more: Landmark HIV case may be the second person ever to be ‘cured’
A possible third case was then announced today, at the Conference on Retroviruses and Opportunistic Infections in Seattle. Biopsies from the gut and lymph nodes of this “Düsseldorf patient” show no infectious HIV after three months off antiviral drugs – only old fragments of viral genes that wouldn’t be able to multiply, says Annemarie Wensing of University Medical Center Utrecht in the Netherlands, who worked on this case. This is just like the Berlin and London patients, she says.

Researchers are tracking the few other people who have HIV and have then had a bone marrow transplant from someone with the CCR5 mutation in a collaboration called IciStem. As well as the three reported so far, there are two others who haven’t yet stopped taking antiviral medications, says Javier Martinez-Picado of the IrsiCaixa AIDS Research Institute in Barcelona.

Bone marrow transplants can’t be used for people with HIV who don’t have cancer, because they carry considerable risks and are only used as a last resort. But the fact that the approach seems to work could point the way to other strategies for a cure. One possible method might be to use gene editing to mutate the CCR5 gene in a person’s own immune cells.