Spread the love
thanks for the views we appreciate : 2,327 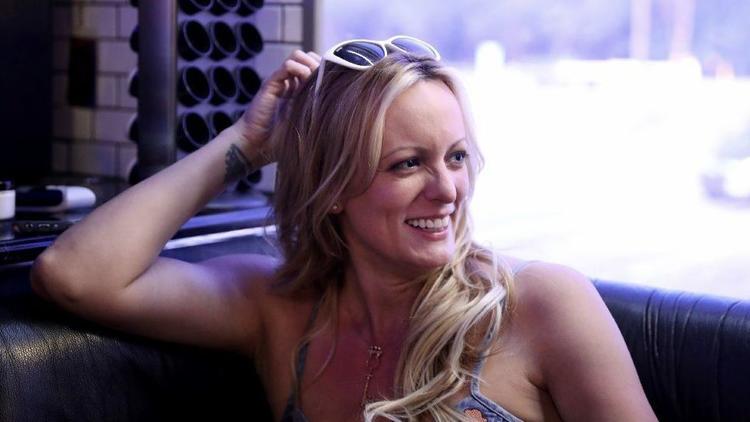 Trumps Stormy Daniels on her tour bus in 2018 during a run of shows at the Admiral Theatre in Chicago. (Chris Sweda/Chicago Tribune)

America was once a land of prohibitions. Half a century ago, in most of the country, gambling was illegal. Marijuana use was illegal. Abortion was illegal. Pornography was illegal. Homosexual relations were against the law — and same-sex marriage was beyond imagination. Even heterosexual sodomy was forbidden in many states.

Now, these activities are all allowed everywhere or in much of the country. The change happened so slowly that it’s hard to remember how far we’ve come.

A couple of common beliefs have driven this broad shift. One is that if adults want to indulge in behavior that many regard as immoral or unhealthy but inflicts no direct harm on others, it’s strictly their business.

There is one big exception: prostitution. Most commodities and services that may be legally given away may also be bought and sold. But not sex. A person can use all sorts of persuasive means to get another person to go to bed with them. And a person can consent to do so for a vast range of motives.

When money changes hands for that explicit purpose, though, the law suddenly intrudes. Prostitution is illegal everywhere except some parts of Nevada. Tens of thousands of men and women are arrested each year for their role in it.

But when presidential candidates start criticizing laws against prostitution, you know something has changed. Former Colorado Gov. John Hickenlooper, who is generally regarded as a moderate in the Democratic field, recently said he thought legalizing prostitution deserves “serious consideration.” Sen. Kamala Harris of California said she favored “decriminalization” — though she seems to mean prosecuting customers and pimps, while sparing prostitutes.

Rep. Tulsi Gabbard of Hawaii went further: “If a consenting adult wants to engage in sex work, that is their right, and it should not be a crime. All people should have autonomy over their bodies and their labor.”

They are not the only politicians open to change. New York state Sens. Jessica Ramos of Queens and Julia Salazar of Brooklyn plan to introduce legislation to remove penalties for buying and selling sex. Five members of the 13-member District of Columbia city council have signed on to a bill to decriminalize the trade.

In both cases, the idea has won support from organizations representing sex workers, who think their trade would be safer and easier if clients and providers didn’t fear being arrested.

One reason the concept has gained currency is that America has become well-acquainted with an adult film actress named Stormy Daniels, who went public about the $130,000 Donald Trump’s lawyer paid her in 2016 to keep quiet about a sexual encounter. Her interview on “60 Minutes,” which drew the show’s biggest audience in 10 years, revealed her to be poised, sharp-witted, credible and utterly unashamed of her profession. Contrary to the usual claim about sex workers, she also made it plain she is nobody’s victim.

Then there is New England Patriots owner Robert Kraft, who was charged in February with soliciting prostitution at a Florida massage parlor. The Martin County sheriff claimed the investigation was aimed at smashing a $20 million sex trafficking ring, but eventually, the assistant state attorney admitted, “No one is being charged with human trafficking. There is no human trafficking that arises out of this investigation.”

It was hard to see any grave danger from an elderly widower’s handing over cash for a couple of minutes’ worth of manual stimulation. Prohibition doesn’t eliminate the harms generally associated with prostitution, such as violence, human trafficking and disease. On the contrary, it fosters them by driving the business underground.

We have long since embraced the idea that what adults choose to do for sexual gratification is not the business of the government. One day we may accept that the same is true for whether they pay for it.

Steve Chapman, a member of the Tribune Editorial Board, blogs at www.chicagotribune.com/chapman.