Spread the love
thanks for the views we appreciate : 1,391 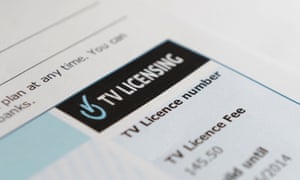 The BBC has confirmed plans to make most over-75s pay the TV licence fee, arguing that it is the only way to avoid closing channels and making substantial cutbacks.

Millions of households will have to start paying £154.50 a year from June 2020 for the right to watch live television and access the BBC’s iPlayer service.

Research from the House of Commons Library found that 3 million households would lose their free TV licence as a result of the decision. The BBC has said it will continue to provide TV licences to over-75s who can provide evidence that they claim pension credit, a means-tested benefit designed to help older people.

Read more
However, up to 1.3 million families who are entitled to receive pension credit do not claim the benefit, according to official government figures, suggesting many poor households will be hit hard by the change.

Charities including Age UK have said some elderly viewers will be pushed into relative poverty by the decision, with concerns over whether older viewers will be able or willing to prove they are receiving benefits. It is also likely to result in the criminal prosecution of elderly Britons who do not or are not able to pay.

“It’s a massive hardship for millions of people,” said Claire Enders of Enders Analysis. “The really vulnerable won’t apply for this benefit – the disabled and lone females do not apply for benefits. And that will be true for this as well.”

The policy of free TV licences for the over-75s was introduced in 1999 by the then Labour chancellor, Gordon Brown, with the cost met by the government, which paid the BBC to provide the service.

However, in 2015 the Conservative government, guided by George Osborne, struck a deal under which the subsidy would be phased out by 2020, with the broadcaster having to shoulder the cost of free TV licences.

The government later gave the BBC responsibility for deciding what to do about the benefit, meaning any unpopular decisions on charging over-75s had to be made by the BBC rather than ministers.

A consultation was launched at the end of 2018, with the BBC arguing that many over-75s were increasingly wealthy and it could not afford the cost of providing them with a service for free.

The corporation argued that the £745m annual cost of maintaining the status quo would have taken up a fifth of its budget, equal to the total amount it spends on all of BBC Two, BBC Three, BBC Four, the BBC News channel, CBBC and CBeebies. The BBC estimates that the new proposal will cost it £250m a year, requiring some cuts but no channel closures.

Sign up to the Media Briefing: news for the news-makers
Read more
The BBC director general, Tony Hall, said the decision to means test the free TV licence would protects those most in need, adding: “This has not been an easy decision. Whilst we know that pensioner incomes have improved since 2000, we also know that for some the TV licence is a lot of money.

“I believe we have reached the fairest judgment after weighing up all the different arguments. It would not be right simply to abolish all free licences. Equally it would not be right to maintain it in perpetuity given the very profound impact that would have on many BBC services.”

Hall also said the licence fee settlement should never again be agreed in secret. He said: “The last two settlements have been made in the dark and without proper consultation. It is vital that future decisions are evidence-based and made after proper consultation and scrutiny. We need to find a better way.”

The BBC is battling to maintain its main source of funding while also remaining relevant to younger viewers. The average age of a BBC One viewer is now 60-plus, meaning many people who consume the broadcaster’s content are currently viewing it for free.

Both the 2015 and 2017 Conservative manifestos pledged to maintain free TV licences for the over-75s, although the party has since dismissed the latter pledge as a mistake.

Share your story
Tell us how you or your family will be affected
We would like to hear from readers around the UK who feel they will be impacted by the extra costs announced. If you live in a household affected or have family that will be, let us know by filling in the form below. One of our journalists may be in touch and we’ll feature some of your contributions in our reporting.

Tell us
The BBC decided to announce the change on a day when multiple Conservative leadership candidates formally launched their campaigns, turning the issue into a potential issue in the leadership race, as hopefuls compete for the votes of older Tory party members.