We strive for accuracy and fairness. If you see something that doesn't look right, contact us! info@tweeterest.com
Spread the love
thanks for the views we appreciate : 4,202

Without a doubt Google Maps has opened new windows to our world and enabled us to look at ourselves a little differently. The ingenuity of 3rdparty developers using the Google Maps API has created a dazzling array of apps and tools that range from the brilliant to the bizarre. Here are 30 of the coolest waiting for you to check them out.

Tweeted Trips
Simply by tweeting, Twitter users can generate a map of their journey, whether it is a vacation, road trip or cycle tour, enabling family and friends to chart their progress. 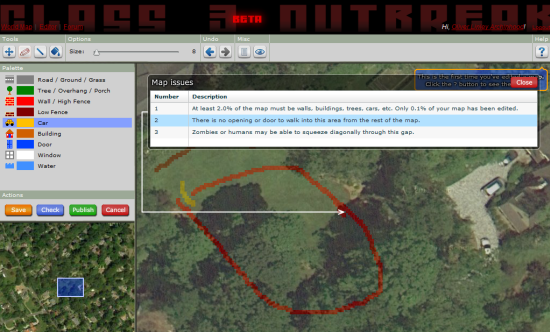 Disney’s Giant Steps
One the kids will love, this Google Maps based app lets you extend an invitation to beloved Disney character Goofy, who runs right up your street to the door of your house. 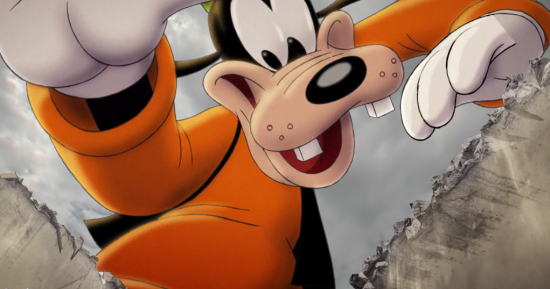 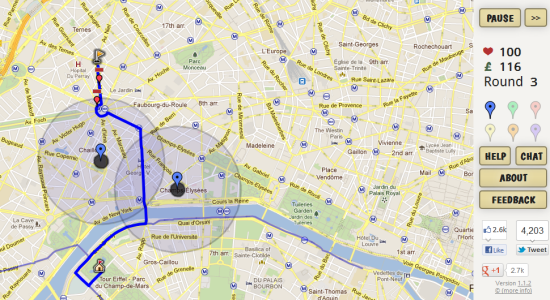 Phresheez
The smartphone app for skiers, cyclists, runners and hikers who not only want to chart their runs and routes on Google Maps, but have beautifully generated animations of them created to impress their friends.

Old Maps Online
Cartography and history enthusiasts around the globe can now get access to historical maps published online by libraries, seeing the world through the eyes of those who came before us. 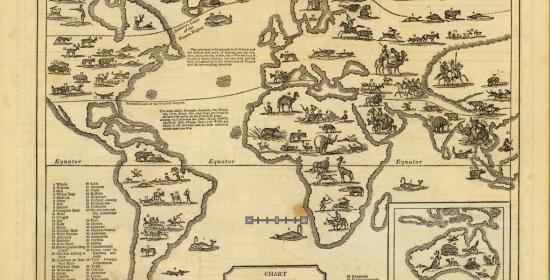 Streetviolence.org
Launched by UK charity Witness Confident, Streetviolence.org is an interactive map allowing victims of muggings and assaults in London to pinpoint where the crime took place, alerting people to risky areas and enabling possible witnesses to come forward with information.

CNN iReport Map
More and more news stories and footage are being sent in by citizens. The CNN iReport Map identifies where stories came from, what has occurred and enables people to share information about the events. 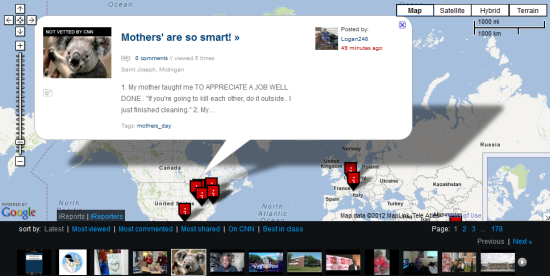 Floating Shiny Knot
Choosing a chrome or glass finish, the viewer is treated to a wonderfully reflective shiny knot hovering through a Street View map, distorting the world around it in its mercury-like mirror. 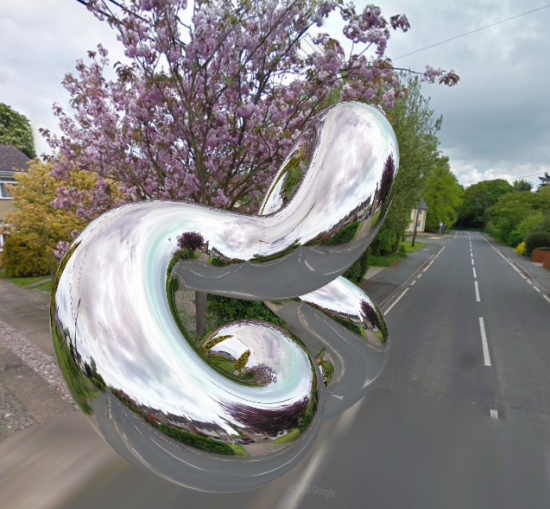 Resource Intensity of Cities
Focused solely on cities, this tool lets you hone in on any area of America’s cities to find out where over population is running rife.

Leafly
Yes, this is real. Leafly enables people to find the finest marijuana dispensaries and strains available. The tool Cheech and Chong wished they had in their heyday, it’s all for medicinal purposes, of course.

Weather Hopper
Nothing can wreck a vacation like poor weather. However, use this Google Map app and you will be prepared for all conditions as it gives a weather history for every inputted region imaginable. 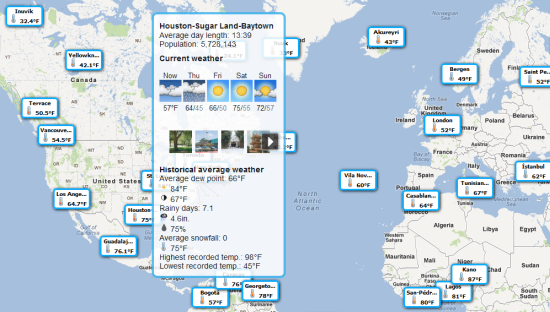 KESM Brain Atlas
Completely taking anything location related out of the equation, the boffins of Texas A&M University’s Brain Networks Laboratory instead used the Maps interface to capture brain scans of mice, in incredible detail. Who’d-a-thunk-it!

Startup Weekend Events
In today’s economic climate budding entrepreneurs need all the help they can get. This innovative tool identifies weekend events where businesspeople can discuss their startups and seek advice.

Show Us Your Earth Hour 2012
The World Wildlife Fund has created a Google Map use enabling eco-friendly people around the globe to share pics and vids of the action they took to celebrate Earth Hour. A green way to Google.

Mapping Wikipedia
Tracemedia and the Oxford Internet Institute have teamed up to create the Mapping Wikipedia project, indicating the source of all geotagged Wikipedia articles on an interactive map.

Save the Rain
There are many environmentally friendly Google Map tools, revealing the laudable ethical stance of many developers. Save the Rain helps homeowners work out how much rainwater can be reaped from their roof. 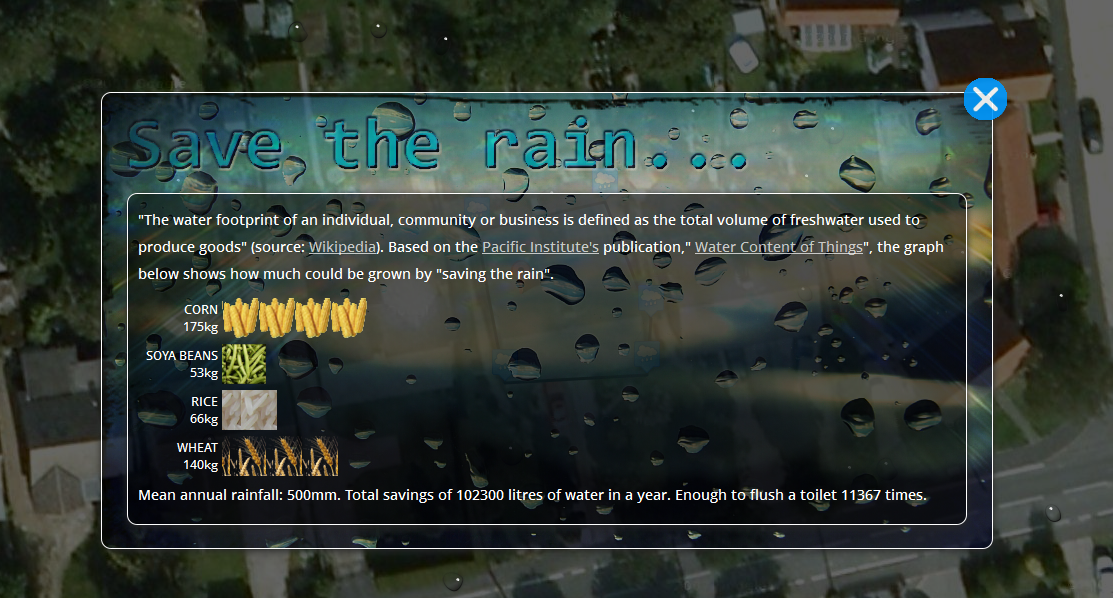 CEO – Heatmap
Another superb example of Google Maps being used to help combat climate change is the national CEO – Heatmap created by the UK’s Department for Energy and Climate Change, which helps people develop low carbon heat projects for their buildings.

AllTrails
More than 45,000 hiking, skiing, biking and snowboarding trails have already been mapped out using the innovative AllTrails tool. Join the thriving community of 200,000+ members to share your daring routes and runs. 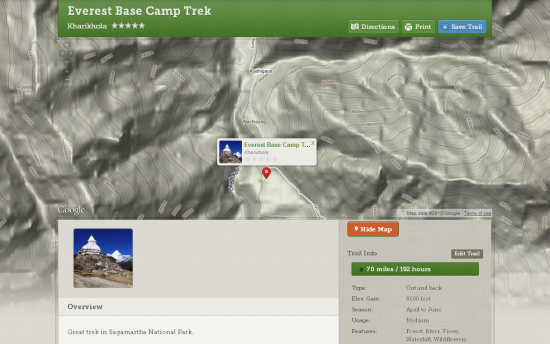 Moet Rose
Wanting to show your other half an epic display of your undying love, but don’t quite have the resources or effort to do it? That’s where this nifty little tool from Moet comes in handy. Using Street View, you can simply pick any location in the world and tag it up with slushy gold tags and squiggles. 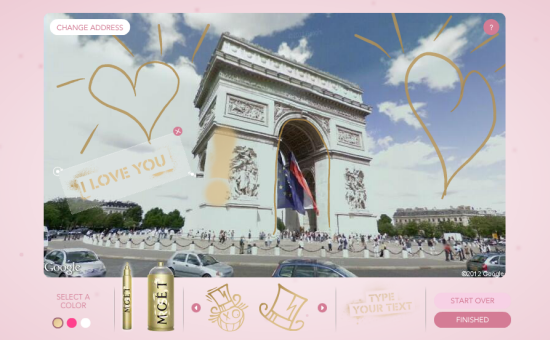 State of Chaos
Whether you’re an avid fan of Michael Bay, or you just hate the place you live; watch your place of residence get blown to smithereens in this thrilling, no holds barred joyride of a customized action flick. 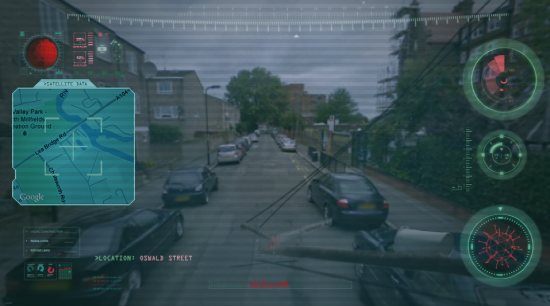 Minefold
Minecraft continues to be an amazingly popular game. Minefold not only provides 10 hours a month free through their on demand servers, they also enable players to make an interactive Google Map of their Minecraft world. 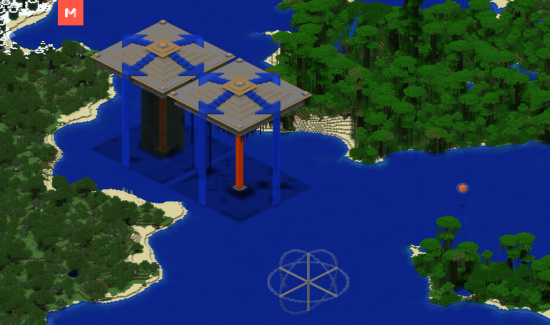 Global Conservation Maps
This tool uses the Google Maps API to show us how much is left of our worlds resources as a way to illustrate where the world should be focusing its efforts in preserving the environment.

Earthquakes in the Last Week
Utilizing the data from Google’s news, blog and video search options, this tool does pretty much exactly what it says on the tin. See where earthquakes have cropped up in the last week, anywhere in the world.

Map of the Dead
At last, a Google Map detailing how to survive a zombie apocalypse (it’s on its way). Indicating zombie danger zones circling your abode, this fun tool helps you keep your brains. Out of my way!

Meograph
While it’s still in beta, Meograph is essentially a four-dimensional storytelling experience that integrates videos, photos and imagery with Google Earth and Street View. It will be a great tool for learning about news and historical events, and, eventually, will offer the ability for everyone to indulge in pure narcissism by creating their own Meographs. Expected to open up for registration by this summer. 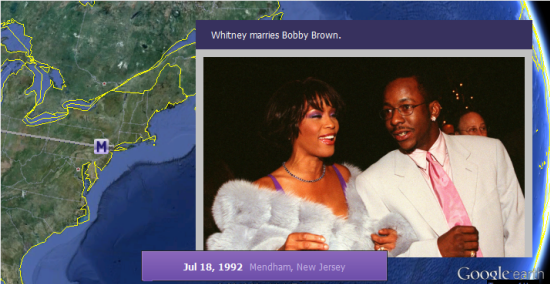 It’s impressive just how customizable the Google Maps API really is, especially in relation to KESM’s brain mapping example. While the Maps API can be a great tool for creating an interactive viral marketing campaign, it’s real benefit is evident in the education sector, as well as its use for non-profit purposes; especially in environmental issues.

If you’ve come across any other ingenious uses of the Maps API on your travels then please share them in the comments section.