Spread the love
thanks for the views we appreciate : 1,832 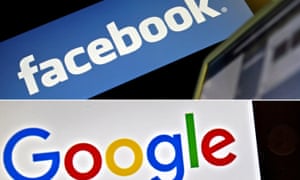 The new investigations mark yet another blow to the major tech players, which have faced increasing scrutiny from the government – most prominently an antitrust investigation by the Department of Justice.

The investigations could open up big tech firms to legal actions, , as Microsoft faced 20 years ago. It could even result in breaking up companies, as a number of presidential candidates have called for in recent months.

Here’s what you need to know.

US states to launch antitrust and privacy inquiries into Facebook and Google
Read more
What is an antitrust investigation?
Antitrust regulations exist to prevent businesses from holding too much centralized power over an industry. Legislators at state and federal levels can take action to promote competition by preventing mergers, breaking up big companies, and penalizing companies for anti-competitive behavior with fines.

Why is Facebook under investigation?
The state antitrust investigations announced on Friday will look at “whether Facebook has stifled competition and put users at risk”, James said in a statement.

Facebook has been accused of anticompetitive conduct, including buying up competing tech firms and copying features from rival apps.

“We will use every investigative tool at our disposal to determine whether Facebook’s actions may have endangered consumer data, reduced the quality of consumers’ choices, or increased the price of advertising,” James said.

Why is Google under investigation?
A separate investigation into Google will be led by a bipartisan group of about three dozen state attorneys general, according to the Wall Street Journal.

Details are scarce before the inquiry’s announcement, but the Journal reports the attorneys will focus on Google’s impact on digital advertising markets.

What does this mean for the two tech giants?
Advertisement
The newest antitrust investigations show the basic business model for the world’s largest technology firms is being increasingly threatened, said Cillian Kieran, privacy compliance expert and CEO of the privacy startup Ethyca.

They “should be seen as a bellwether for every business; compliance is not optional, rather better data practices and operations are becoming fundamental to business growth and safe operations,” he said.

Facebook is also facing pushback in Europe, where the General Data Protection Regulation (GDPR) passed in 2018. While state-level regulation in the US would not be as impactful as federal measures, states do have the ability to levy large fines in antitrust cases.

What other legal battles are Facebook and Google currently fighting?
The investigations come on the heels of a chaotic year for Facebook. In July, the company was hit with a $5bn fine, the largest ever levied by the Federal Trade Commission (FTC). It is also facing continuing scrutiny and investigation of its proposed digital currency, Libra, due to launch in 2020.

After the $5bn fine, the FTC announced it was carrying out a separate antitrust investigation against the company. House judiciary committee lawmakers also launched an antitrust review of Facebook and Google in June 2019.

Tech companies are also facing pressure from the White House, which has threatened to investigate anti-conservative bias on social media platforms including Facebook and Twitter, and hosted a forum on the topic in July.

Facebook has been hit with a number of other lawsuits, unrelated to antitrust, including one brought by the Washington DC attorney general regarding the Cambridge Analytica scandal, a suit in Illinois over the collection of facial recognition data, and a suit brought in California over a 2018 data breach of 30m accounts.

Google, Facebook, Amazon, and Apple are also being subjected to a broad antitrust review opened by the US justice department in July.

How have the companies responded?
Facebook has argued it does not monopolize the tech space and has said it will continue “a conversation” with lawmakers on the topic. Users have “multiple choices” for every service the platform provides, said Will Castleberry, the vice-president of state and local policy at Facebook.

“We understand that if we stop innovating, people can easily leave our platform,” he said. “This underscores the competition we face, not only in the US but around the globe. We will work constructively with state attorneys general and we welcome a conversation with policymakers about the competitive environment in which we operate.”