Spread the love
thanks for the views we appreciate : 32

In a Q&A session with Facebook employees, Zuckerberg rallies them against critics, competitors, and the U.S. government.

Facebook’s CEO, Mark Zuckerberg, has spoken at a number of conferences and hearings.

Now, The Verge has shared a leaked audio recording of a Q&A session between Facebook employees and Zuckerberg. And its two hours long.

In the Q&A, Zuckerberg is more candid than during open and public hearings and can be heard rallying his employees to join him against critics, competitors, and even the U.S. government.

Why did the Q&A take place?

Facebook has undergone a lot of scrutiny in recent years and months. In July, the company accepted a $5 billion fine from the Federal Trade Commission over privacy issues. Furthermore, they settled another case, this time with the Securities and Exchange Commission, in which they agreed to pay $100 million in fines.

All of this happened and still Facebook reported good-as-gold quarterly earnings at the end of July, pushing its stock price up.

In two hours of audio leaked to The Verge, Mark Zuckerberg rallies Facebook employees against critics, competitors, and the US government. Here are some highlights:https://theverge.com/2019/10/1/20756701/mark-zuckerberg-facebook-leak-audio-ftc-antitrust-elizabeth-warren-tiktok-comments# … 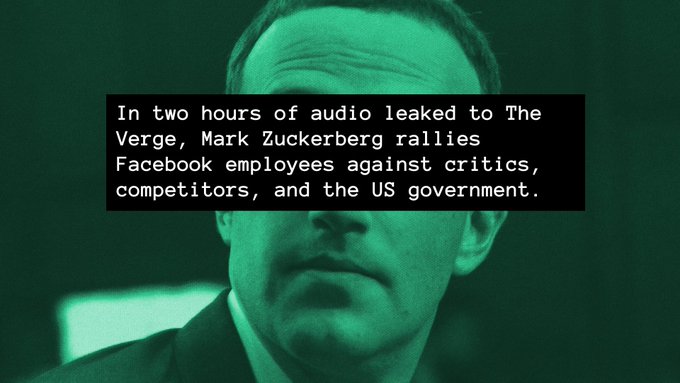 100 people are talking about this

However, behind closed doors, the company was concerned.

Some 2020 presidential candidates, such as Sen. Elizabeth Warren, called for Facebook to disband.

Facebook’s own cryptocurrency, Libra, hit hard times as global regulators were preoccupied that it might destabilize the global financial system.

So, Facebook’s employees had questions for the CEO, such as “Why had the CEO declined multiple requests to appear at governments hearings in Europe?”

What happened during the Q&A?

Zuckerberg agreed to two Q&A sessions with his employees back in July this year, during which The Verge obtained two hours worth of audio recordings.

You can read some of the topics and answers below, directly quoted from the audio recordings shared by The Verge.

During the session, Zuckerberg jokes regularly that if he were not completely in control of the company, he would have been fired years ago. To which his employees laugh genially to. 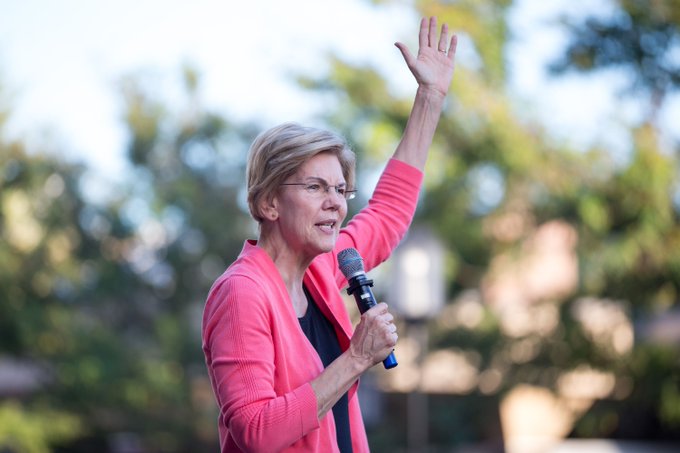 25 people are talking about this

He continued, “I mean, I don’t want to have a major lawsuit against our own government. But look, at the end of the day, if someone’s going to try to threaten something that existential, you go to the mat and you fight.”

When asked about Libra’s rollout, “The public things, I think, tend to be a little more dramatic. But a bigger part of it is private engagement with regulators around the world, and those, I think, often, are more substantive and less dramatic.”

This Q&A offers a different perspective on some potent questions Facebook, and Zuckerberg, face today.