.
Spread the love
thanks for the views we appreciate : 2,158 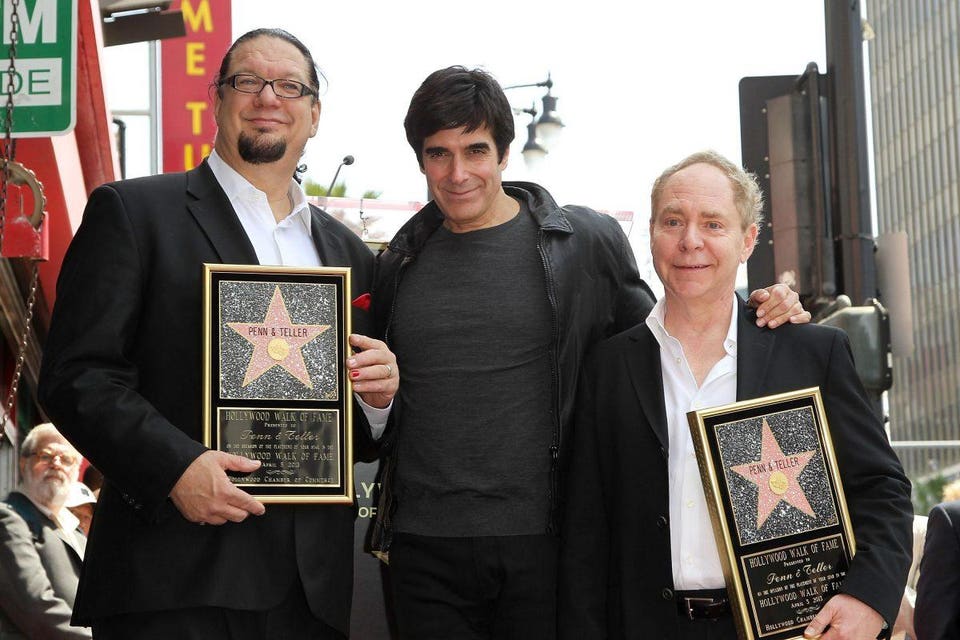 For David Copperfield, it was love at first sight. When he was 10 years old, his mother took him to Macy’s in Herald Square. The store’s resident magician made a coin disappear and reappear on a small wooden board. One simple trick was enough to convince Copperfield to buy that board and, more importantly, pursue magic.

Five decades later, Copperfield is the richest magician in the world with an estimated net worth of $875 million, which includes 11 private islands in the Bahamas as well as a vast collection of magic artifacts. (That wooden board from his childhood and even the Macy’s counter he bought it from are featured in Copperfield’s magic museum.)

This year the living legend added to his fortune by earning $61 million in 12 months, making Copperfield the world’s highest-paid magician once again. He made the most of his millions by performing an astounding 670 shows at the MGM Grand during our scoring period, which is June 1, 2017, to June 1, 2018.

“It’s not just tricks,” Copperfield told Forbes in 2013. “Secrets and lots of hard work go into this.”

Penn & Teller come in second with earnings of $30 million. The duo perform five nights a week at the Rio in Las Vegas and have a popular magic competition show, Fool Us, on The CW.

The Bond That Harms: The Impact Of Trauma Bonding On Human Trafficking Victims

“Talent Is Equally Distributed, But Opportunity Is Not.”

Copperfield and Penn & Teller’s earnings both dipped this year due to the Las Vegas shooting in October 2017, which left 59 dead and hundreds wounded. In the aftermath, the Las Vegas Strip saw a 6% decline in revenue compared with October of the previous year, according to the Nevada Gaming Control Board. The Las Vegas Convention and Visitors Authority also reported that visitation declined by 4.2%.

Mindfreak star Criss Angel also saw his Las Vegas residency earnings take a hit in the wake of the massacre. But the magician more than made up the difference by touring with 31 performances in our scoring period. Angel earned $16 million, $1.5 million higher than his 2017 haul.

Less than two weeks ago, Angel wrapped up his ten-year residency with Cirque du Soleil at the Luxor in Las Vegas. The Mindfreak show, revamped with new illusions, will move to Planet Hollywood in December.

Combined, the world’s seven highest-paid magic acts earned $149 million in 12 months, before taxes and management fees. Last year’s fifth-highest-paid magician, Dynamo, is not among our ranks this year. The English magician performed very few times in our scoring period due to his struggles with Crohn’s disease. But this month Dynamo will debut a new show in London at The Abandoned Room, his high-end “underground speakeasy magician’s speakeasy.” With only 96 seats and 20 performances in November, the venue is sure to sell out.

Despite Dynamo’s falling off the list, the collective earnings of the world’s highest-paid magicians increased by $2 million. This can be attributed to David Blaine, whose earnings more than doubled from last year’s $6 million, surging to $13.5 million. The endurance artist, who places fourth this year, performed more than 50 shows in our scoring period as he wrapped up his first North American tour. The sold-out tour reaped an estimated $12 million—the highest tour gross of any solo magic act this year—when including tickets and merchandise as well as meet-and-greets, which are incredibly lucrative for all performers. VIP packages that include brief meet-and-greets can cost well over five times the price of a regular ticket.

Blaine’s 50 tour dates might seem small when compared with the performance numbers of Copperfield, Penn & Teller and mentalist Derren Brown (No. 7, $8 million), who embarked on a 100-date tour this year. But it’s a remarkable feat given that Blaine had to perform his most grueling stunts night after night, including regurgitating a live frog, sewing his lips together and holding his breath underwater. The Bronx-born magician can’t even eat on the days he performs the frog trick; it’s hard being a human aquarium. Despite the physical toll, Blaine will bring the tour to the U.K. in late spring 2019.

“What you’re seeing is night after night, an event with a bunch of endurance feats where anything could stop the show,” Blaine told KIRO Radio. “It’s fun for me night after night. But it is very difficult physically.”

Only one of this year’s magic acts released a new magic special; Derren Brown’s Sacrifice premiered on Netflix last month. Though magician and truTV prankster Michael Carbonaro (No. 6, $8.5 million) and Penn & Teller have TV series, the real moneymaker is live performances, whether it’s in a 4,000-seat arena or a private event for a corporate client. The true value of a TV special is reaching viewers so they’ll pay to see their favorite act live.

The Highest-Paid Magicians of 2018 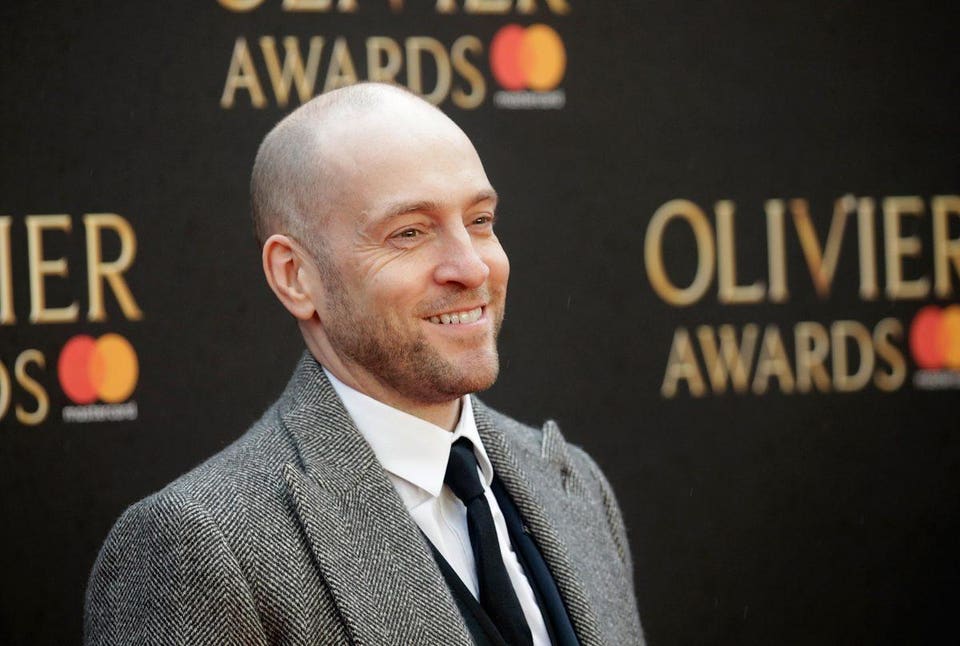 The British mentalist performed more than 100 times in our scoring period, including engagements on the West End and Off-Broadway. You can catch Brown on the small screen with his provocative Netflix special, Sacrifice, which premiered in October. 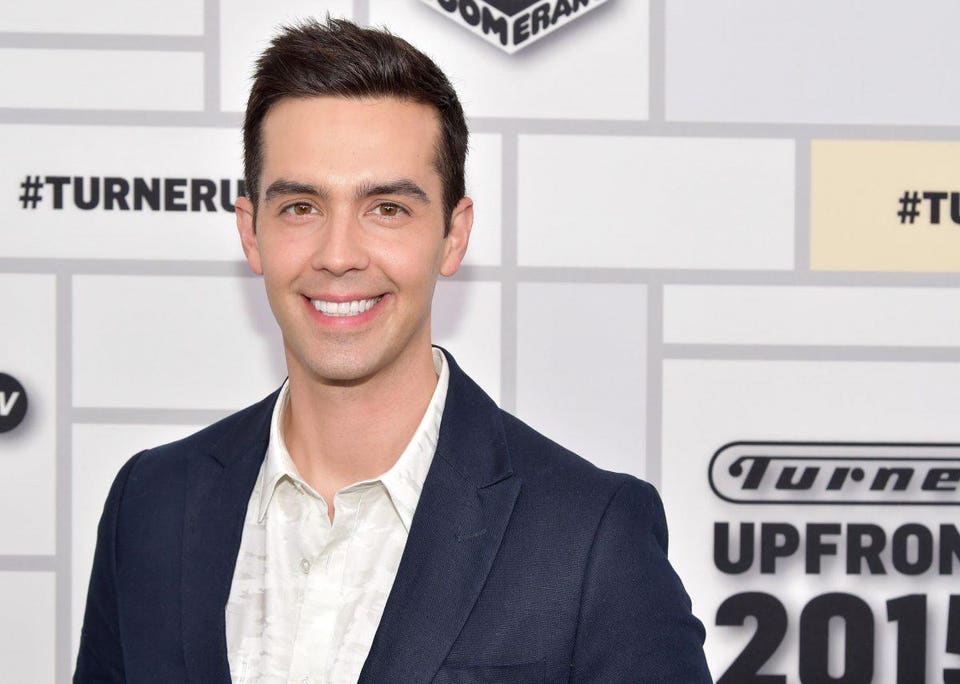 The prankster stars in and executive produces the truTV hidden-camera show, The Carbonaro Effect. But he makes most of his millions from selling out theaters in North America and performing private gigs. 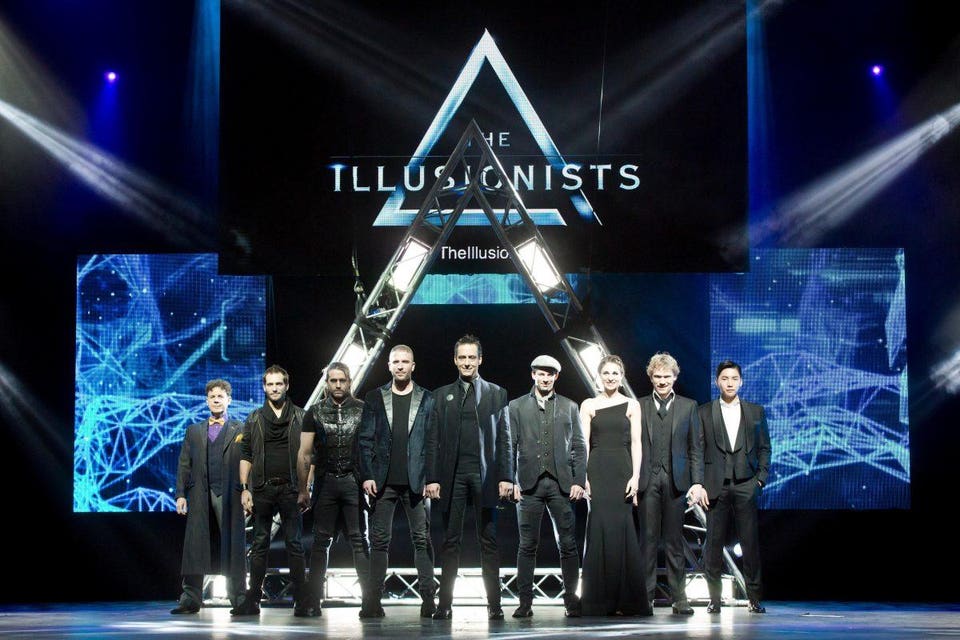 The touring magic production, featuring rotating casts of magicians, performed more than 350 shows across the globe. The ensemble’s own Shin Lim recently won America’s Got Talent for his sleight-of-hand tricks. 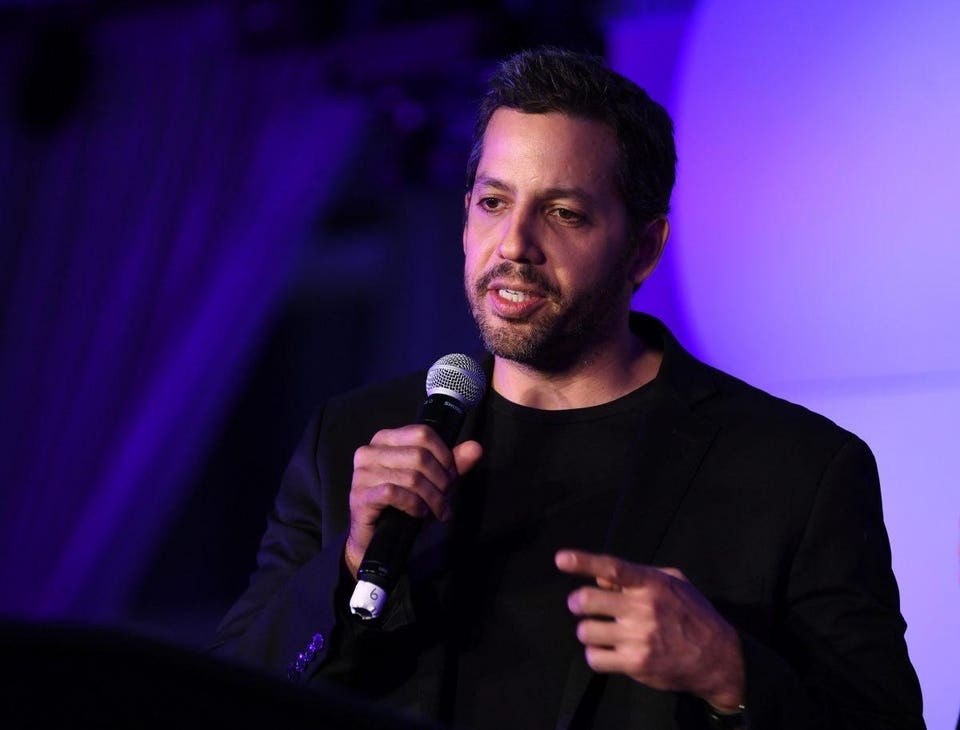 The endurance artist more than doubled his earnings thanks to his sold-out North American tour, which featured his most grueling stunts, such as regurgitating live frogs and holding his breath underwater. Blaine also collects mid-six-figure paychecks for private performances for clients such as Peter Thiel, who hired Blaine to perform at his Vienna wedding last year, and blue-chip companies including Salesforce and Intel. 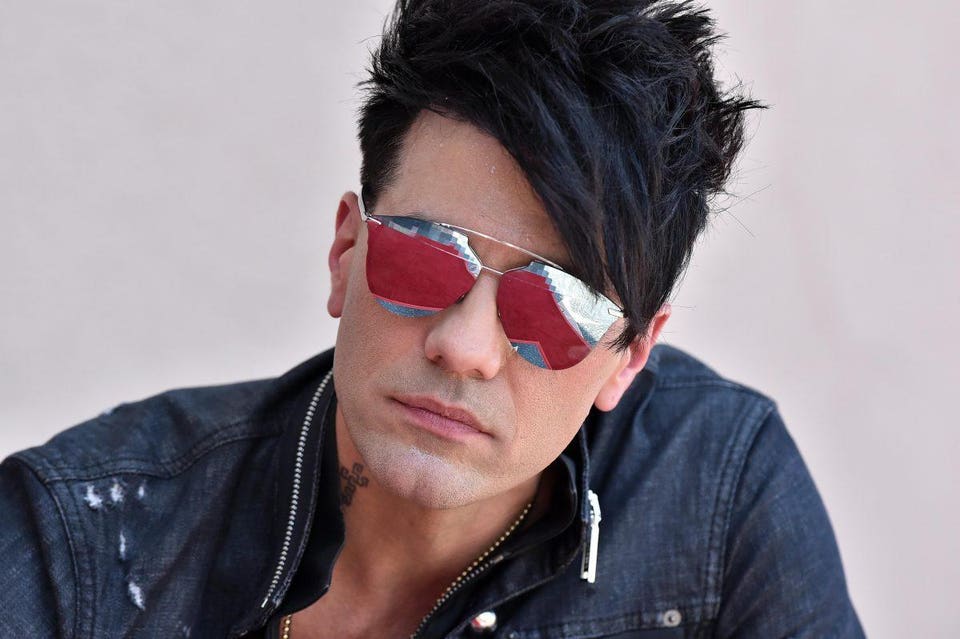 The Mindfreak star makes most of his millions from his Las Vegas residency with Cirque du Soleil, but Angel increased his earnings from last year by touring. Angel wrapped up his 10-year contract with Cirque at the end of October, but Mindfreak will be revived at Planet Hollywood in December. 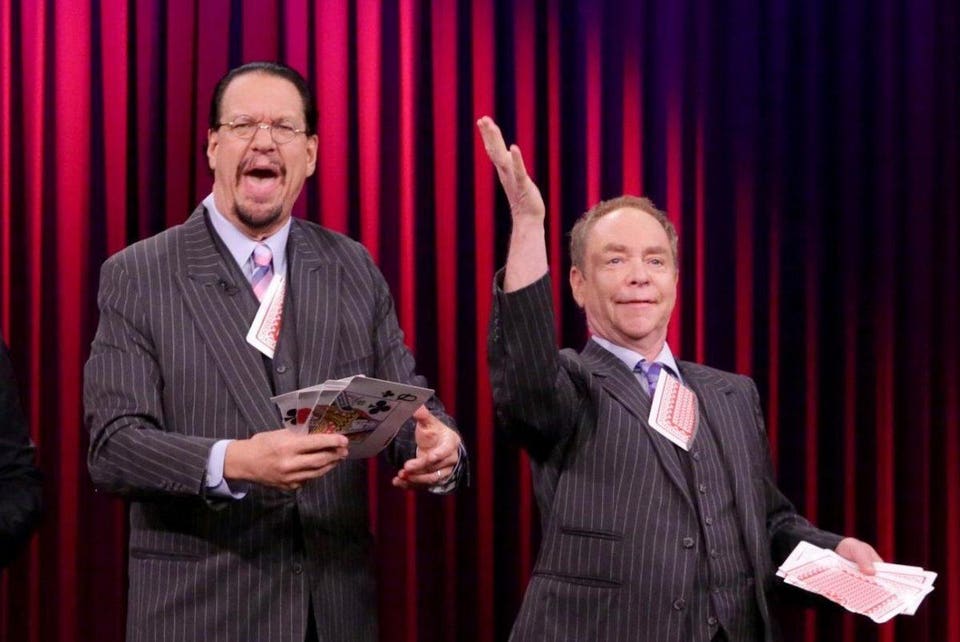 The odd couple works their magic in Las Vegas five nights a week, but they squeezed in a trip across the pond for a U.K. tour. Penn and Teller’s popular Fool Us magic competition show was renewed for a sixth season last month by The CW. 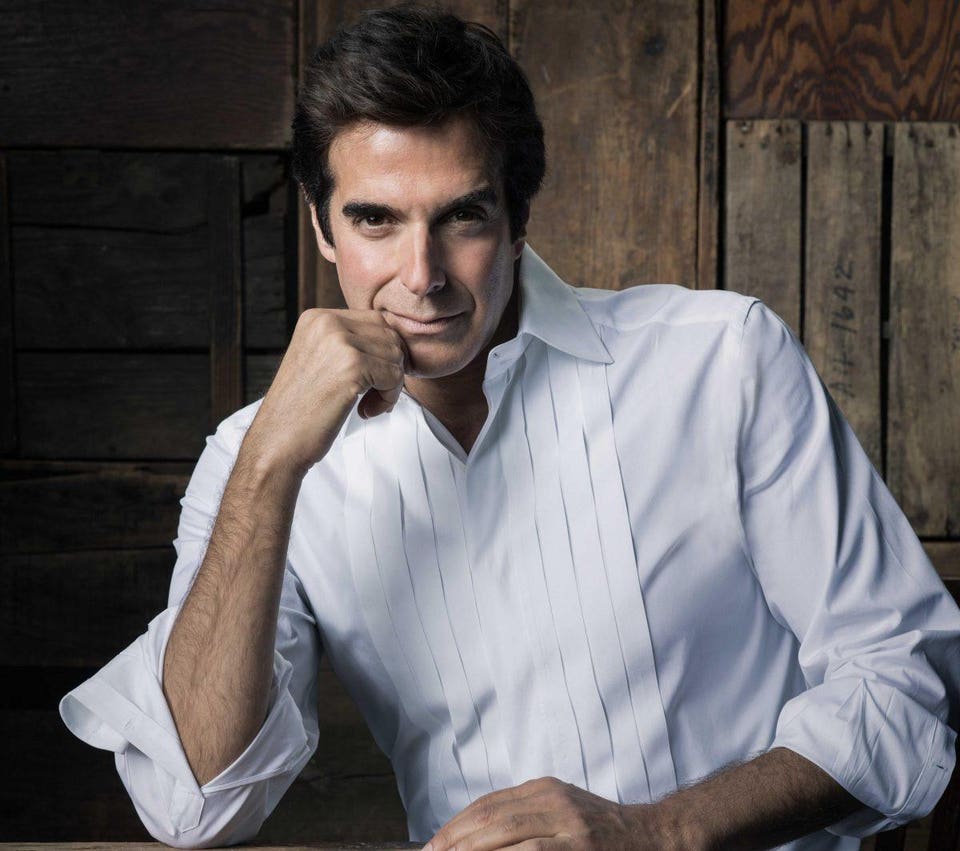 The world’s richest magician played 670 shows at the MGM Grand during our scoring period. Copperfield also conjures cash from Musha Cays, his enclave of 11 private Bahamian islands, where guests pay six figures to stay and see the illusionist live.