.
Spread the love
thanks for the views we appreciate : 2,973

How We Became a World of Drones

Drones have unequivocally changed the character of warfare in strategy, action, and perception. The era of armed drone use has arrived, and the rapid proliferation of drone technology among states and militant groups alike poses a new threat to the international community.

Who has drones? How are they getting them? This site seeks to answer those questions, using an analysis of hundreds of news reports and government documents to track which countries possess armed drones and how they acquired them.

More than ten countries have used armed drones in combat: the United States, Israel, the United Kingdom, Pakistan, Iraq, Nigeria, Iran, Turkey, Azerbaijan, Russia and the United Arab Emirates. But many other countries, including Saudi Arabia, India, and China, among others, maintain armed drones in their arsenals.

The United States, Israel, and China are the biggest producers and sellers of drones. 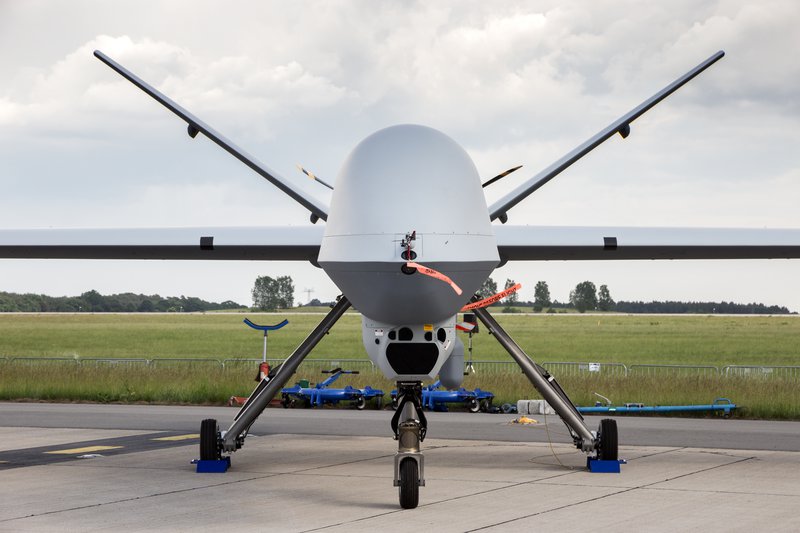 The United States and Israel are the biggest producers and sellers of drones. America’s leading combat drone is the MQ-9 Reaper, manufactured by General Atomics, which the Air Force has used to support operations around the world for over a decade. After the September 11th attacks, the United States conducted the first strikes under the burgeoning U.S. drone program using the MQ-1 Predator, which the Air Force flew in combat for 21 years. On February 27, 2017, the Department of Defense announced the retirement of the Predator drone to “keep up with the continuously evolving battlespace environment.” The United States has sold drones only to NATO members, but approved selling to India in 2018 If the deal goes through, this will be the first non-NATO sale the United States has initiated. 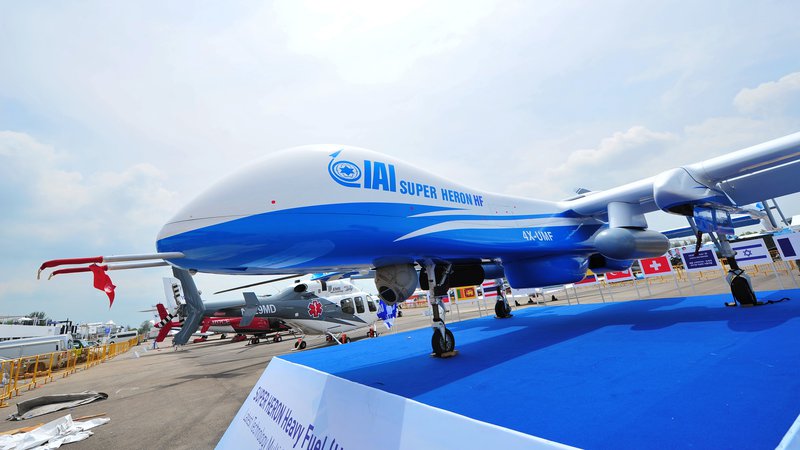 Israel’s IAI Heron is designed to compete with the Reaper. Israel is the largest exporter of drones in the world. Israel accounted for 41 percent of all drones exported between 2001 and 2011, according to a database compiled by the Stockholm International Peace Research Institute (SIPRI), though Israel refuses to release the full list of countries to which it has sold military arms. A partial list of recipients includes the United States, the United Kingdom, Canada, France, Australia, Germany, Spain, Brazil, India, China, the Netherlands, Azerbaijan, and Nigeria.

China is a growing drone exporter and has filled gaps in the market with its more liberal export policy. In 2015, Pakistan, Iraq, and Nigeria all conducted strikes using armed drones supplied by, or developed in coordination with, China.

In November 2013, Pakistan’s military unveiled two domestically produced drones that experts say appear to be based on China’s CH-3, a model which Pakistan also has in its arsenal. The CH-3 is one of China’s most popular models, with exports to both Pakistan and Nigeria, and an upgraded Chinese model, the CH-4, has appeared in arsenals across the Middle East. On December 6, 2015, Iraqi armed forces released footage of a CH-4 in action, striking an ISIS position in Ramadi. Saudi Arabia, the UAE, Egypt, and Jordan are reported to have purchased the CH-4 as well. Saudi Arabia and the UAE have operated unarmed versions of the CH-4 in their campaign in Yemen.

A new addition to the Caihong family, the CH-5, debuted in 2016. The CH-5 has increased altitude, operational, and payload capacities. In addition to many others, China has the Wing Loong II, which is its large reconnaissance and strike system, as well as the AV500W, China’s first strike capable unmanned rotorcraft.

According to SIPRI’s arms transfers database and Statista, India and the United Kingdom are the largest importers of drones internationally. According to a Business Insider report based on SIPRI data, India accounted for 22.5 percent of drone imports between 1985-2014. In addition to its imports, India also has indigenous Unmanned Combat Aerial Vehicles (UCAVs) in its drone arsenal. On November 16, 2016, India’s Rustom-II, an armed Medium-Altitude, Long-Endurance (MALE) drone, successfully completed a test flight.

From 2010-2014, the United Kingdom was the largest importer of drones, accounting for 33.9 percent of drone imports for this period. The United Kingdom produces small, MALE, and Watchkeeper drones, which are based on an imported Hermes 450 drone from Israel.

The United Kingdom Protector RG MK1 – a General Atomics MQ-9B Sky Guardian – will replace the previously used MQ-9 Reapers and will enter the market by 2024. The United Kingdom will also launch its efforts to develop drone swarms in the 2020s.

The United States Navy also began studies for UCAVs at about the same time. The Navy saw that UCAVs had a number of potential benefits. They promised to be cheaper than manned aircraft, with a lower purchase cost and much lower operating costs, since operators could be given much of their training through simulations. UCAVs would also be smaller and stealthier than manned aircraft, and could perform High-G maneuvers impossible with piloted aircraft, allowing them to dodge missiles and enemy fighters.

Indeed, since the Navy found themselves increasingly committed to the use of expensive cruise missiles to perform punitive strikes and other limited military operations, UCAVs offered a potentially cheaper alternative, a “reusable cruise missile”. One UCAV could carry a number of smart GPS-guided munitions and hit multiple targets on a single sortie, and then return home to be used again. Even with a high combat attrition rate, the cost would be less than that of a barrage of cruise missiles.

Lockheed Martin performed studies that envisioned a number of different naval UCAV configurations, including “short takeoff and landing (STOVL)” aircraft that could be operated off of aircraft carriers, or “vertical attitude takeoff and landing (VTOL)” or “pogo” aircraft that could be operated off destroyers and other surface combat ships, or even submarines.

Piloted pogo aircraft were flight-tested in the 1950s and proved a technological dead end at the time, since they couldn’t carry a useful payload and were extremely difficult to land even under benign conditions. The payload limitations can be addressed with lighter materials and RATO-boosted takeoff, and modern digital flight control systems can address the landing issue. The Navy has envisioned using pogo UCAVs to arm a guided-missile destroyer “unmanned air wing” with 20 pogo UCAVs for strike, and five pogo UAVs for reconnaissance.