Spread the love
thanks for the views we appreciate : 1,070 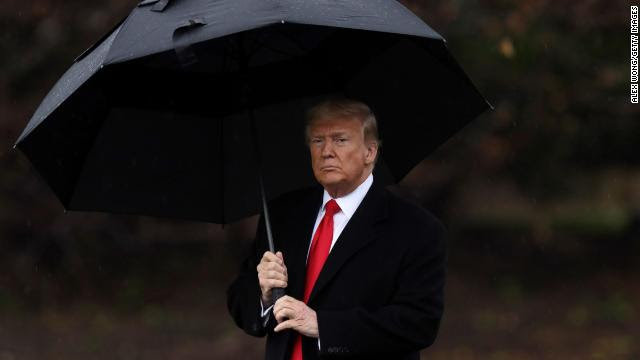 In 2016, Donald Trump did his best to tarnish his opponent Hillary Clinton with an email “scandal” that amounted to nothing. In his 2020 reelection campaign, Trump’s team has worked to conjure a similar cloud of controversy over Joe Biden’s son Hunter, all without producing evidence of wrongdoing.

But now that Biden is fighting to save his candidacy, the President may have to prepare for a complicated set of competitors — including Michael Bloomberg, a deci-billionaire who is spending whatever it takes to win; Bernie Sanders, a “Democratic socialist” who won the New Hampshire primary and has the allegiance of many young voters; and Pete Buttigieg and Amy Klobuchar, two fresher faces with growing support.

This week, Democratic candidates will appear in CNN town halls and face off in a debate in Las Vegas days before Saturday’s Nevada caucus. 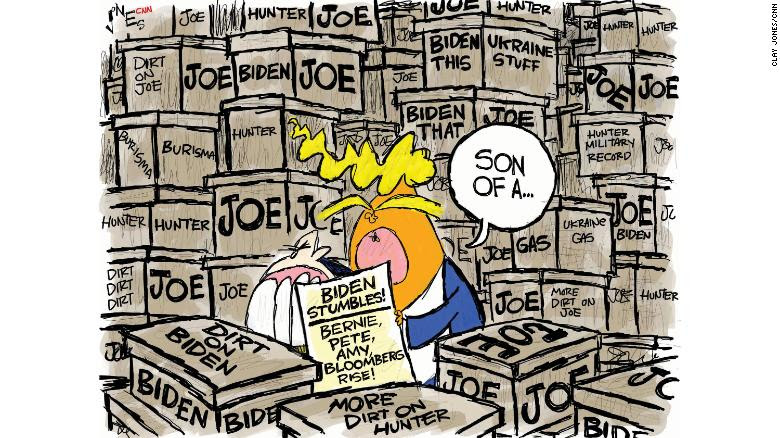 The previously “unelectable” Mike Bloomberg is being given a serious look by Democrats, wrote Joe Lockhart. The former New York mayor is “charisma challenged,” has taken controversial stances, and in many quarters is seen as a symbol of the unaccountable one percent, Lockhart noted.

“Why are Democrats considering overlooking Bloomberg’s baggage now to the point that he’s currently running as high as third, according to a Quinnipiac poll? Because…rank and file Democrats are so invested in the imperative to defeat Donald Trump they may well be willing to ignore the issues that kept Bloomberg out of the race at the outset.”

Bloomberg may soon qualify for his first debate, wrote his former aide Arick Wierson, but he should think twice before accepting. “Holding his own on next week’s national stage would be a boon to the campaign, but the chances of him coming off as dry, lacking empathy, and somewhat mechanical loom large… Bloomberg is not exactly a warm and fuzzy guy. He has a good sense of humor, but it’s dry and a bit racy, meaning it rarely comes out in a public forum. He can appear stiff — possibly why President Trump has taken to Twitter to troll the former mayor, tweeting that he ‘can’t debate and has zero presence.'”

Bloomberg has been effusively apologizing for his “stop and frisk” program in New York City. Last week, a 2015 audio recording resurfaced of the former mayor speaking about crime in minority neighborhoods, prompting Jill Filipovic to write: “These statements should be disqualifying for Bloomberg on their face: We definitely don’t need another president who uses racist scare tactics and outlandishly false claims to justify his bad policy goals.”

Biden, the Democrats’ onetime frontrunner, still has a shot, argued Tara Setmayer, but time is running out: “Months of the Republicans’ constant drumbeat of blatant falsehoods and character assassination against Biden and his son Hunter throughout the impeachment trial, without an aggressive strategy from Biden to get ahead of it, has apparently worked. Biden’s inability to seize control of the narrative and effectively mount an offense may have mortally wounded his candidacy. If Biden loses South Carolina, it’s over.”

In the days before the New Hampshire primary, Biden rolled out a slashingly negative ad about former South Bend Mayor Pete Buttigieg. Lockhart said it was “off brand” for Uncle Joe to attack a fellow Democrat that way. Even worse, he wrote, it was “a week too late. The campaign had to have seen the momentum Buttigieg was building in Iowa. Waiting until a rival wins, or co-wins, the first campaign test makes the negative attack seem desperate, rather than strategic.”

Buttigieg now leads the field in total delegates and placed just behind Sanders in New Hampshire, while Biden came in fifth, behind Amy Klobuchar and Elizabeth Warren. “Any lingering sense of Biden’s inevitability or electability died in the Granite State,” wrote Errol Louis. 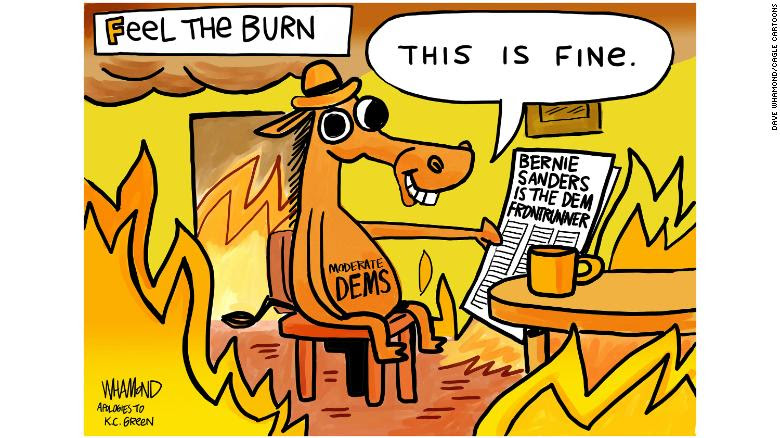 Sanders was widely proclaimed the frontrunner after Tuesday’s primary, but without scoring a dominating victory. The Vermont senator deserves congratulations for being the “most popular socialist in American history,” wrote David Gergen.

“But he may have crested in the 2016 campaign. After all, he won New Hampshire by over 20 points then against Hillary Clinton; this time, he won New Hampshire by less than 2 percentage points. And across most of the Democratic Party, strategists are worried about his chances against President Donald Trump. To them, he is the Jeremy Corbyn (leader of Britain’s Labour Party) of the American left.”

Mayor Pete, wrote Alice Stewart, “is the candidate to keep an eye on… His moderate views and new generation of leadership is a more viable pathway to a new majority for the Democratic Party.”

Buttigieg was the target of a “homophobic rant” from Rush Limbaugh, the radio host who was recently awarded the Medal of Freedom by Donald Trump, noted LZ Granderson.

Limbaugh talked of “the discomfort some voters would experience watching Buttigieg kiss his husband on the debate stage, especially if he’s standing next to, as he put it, ‘Mr. Man, Donald Trump.’ As offensive as Limbaugh’s remarks about Buttigieg were (and as ironic as his holding up Trump as the epitome of manliness were, considering it was the gay dude who volunteered to fight for this country and the straight one who pleaded ‘bone spurs’), the reality is homophobia is not theoretical… it is actively practiced.”

The question is “what are we doing to challenge the hateful message,” Granderson asked.

After Nevada, the Democratic primary heads south, beginning with South Carolina Feb. 29. “Come on down, y’all,” wrote former New Orleans Mayor Mitch Landrieu. “Now that almost 2% of delegates have been awarded from two very white states, attention will quickly shift to my neck of the woods,” he noted.

“There are states with major delegate hauls. And states where black and brown voters will play a huge role…ultimately, southern Democrats are pragmatists. They want someone who can beat Trump and restore sanity to the White House.”

Oh, and the food. “The southern food culture is strong, from Texas, Memphis and Carolina BBQ to the Deep South’s soul food to the shrimp and grits of the Low Country. So be prepared to eat.” 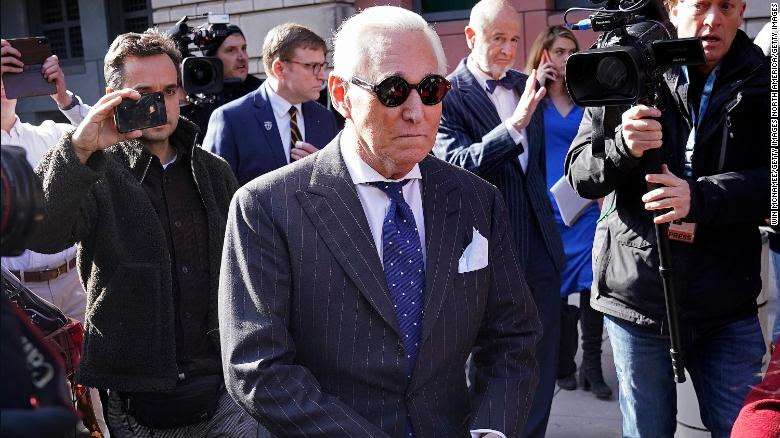 It was not surprising last week when President Trump tweeted that the recommended prison sentence being sought by the Justice Department was “horrible and very unfair.” But it was a stunning departure from Justice Department practice when the department’s leadership overruled the four prosecutors who tried Stone and recommended a more lenient sentence.

Trump and Attorney General William Barr, Frida Ghitis wrote, “were following along a well-trod path across history: the systematic crushing of the independence of the judiciary. We have seen this movie before. It doesn’t end well.” She added, that it “has been the course charted by malign populists across the political spectrum, on the left and on the right. We saw it in Hugo Chavez’s Venezuela and in Vladimir Putin’s Russia — and too many others.”

As lawyers around the country objected to the Justice Department’s actions, Barr observed that Trump’s tweets were making his job impossible. But the White House seemed to have known Barr’s complaint was coming.

“Claims that the Justice Department’s decision had nothing to do with Trump’s wishes takes Americans for fools,” Ghitis wrote. 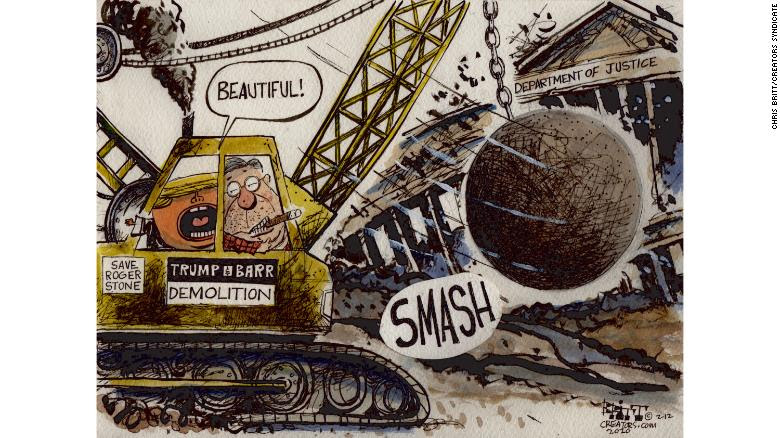 “It’s fully appropriate for Stone’s character history to be considered in the upcoming sentencing. Understanding full well that a presidential pardon is likely on the horizon, I encourage Judge (Amy) Jackson to lean on the high end of the guidelines and let the chips fall where they may.” 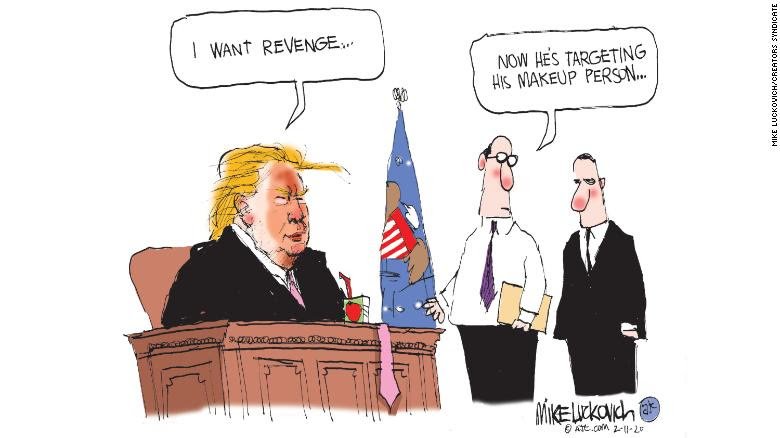 The Justice Department’s about-face came after Trump started rooting out those who testified during his impeachment hearings. Elie Honig argued that Trump’s dismissal of Lt. Col. Alexander Vindman amounted to criminal witness retaliation.

“Trump himself publicly admitted that his purpose was to retaliate, directly mentioning Vindman’s testimony as a cause for the move; Vindman ‘reported contents of my ‘perfect’ calls incorrectly,’ said Trump. When asked if Vindman deserves disciplinary action, Trump said that the decision lies with the military. And Donald Trump Jr. outright gloated in a tweet, delighting in the vengeful nature of the removals of two decorated military veterans.”

It was too much for former White House chief of staff Gen. John Kelly, who defended Vindman’s decision to protest what he considered an “illegal order.” Peter Bergen wrote, “We have come to an extraordinary moment in the United States when some of the most senior retired military leaders in the country are publicly taking President Trump to task. Traditionally, such officers have not taken political positions, even in retirement.”

Lev Golinkin, a writer and refugee from the Soviet Union, argued Democrats should be wary of rhetoric that compares the Trump administration’s actions to those of dictatorship. “It’s hard to explain just how absurd and insulting this is, especially for someone like me, who came to the US as a refugee from an actual dictatorship,” he noted.