Spread the love
thanks for the views we appreciate : 19

Among the social media apps, WhatsApp is seeing the highest number of usage with Spain witnessing an increase of 76%.

The Covid-19 pandemic has led to one thing – increase in user activity on various apps and services. These span from work collaboration tools, video calling apps and social networking. Among these, WhatsApp is seeing the highest surge in usage of 40% according to a report by Kantar.

During the early stage of the Covid-19 pandemic, WhatsApp usage increased to 27%. This quickly rose to 41% mid-phase and then jumped to 51% in the late phase. There’s no region-wise numbers for WhatsApp usage but the report highlights Spain witnessed an increase of 76%.

The report also added that WhatsApp, Facebook and Instagram saw over 40% increase in usage from users below the age of 35. Messaging apps too saw the highest number of activity between the 18 and 34 age group.

Earlier this week Facebook said messaging has increased over 50% globally. In places where the Covid-19 pandemic hit the hardest, video and voice calling on Messenger and WhatsApp doubled. The highest numbers came from Italy where people spend 70% more time on Facebook apps with group calling having increased by over 1,000% in Italy.

These apps are surely playing a major part in communication but not so much in providing trustworthy news. The Kantar report states that only 11% of people use social media as a source of trustworthy information. Traditional media like news channels and newspapers are considered more trustworthy with 52% of people vouching for it. Kantar suggests “the loss of trust from recent election cycles” is behind the lack of trust on social media for news.

Slack jumped from 10 million users to reach 12.5 million this month as millions around the world started working from home.

It’s no surprise that apps like Slack and Microsoft Teams are seeing a surge in user activity as millions work from home due to the Covid-19 outbreak. Slack revealed its huge jump in users during the past few weeks. Slack has so far reached a user base of 12.5 million.

Slack’s CEO Stewart Butterfield in a series of tweets shared the company’s progress over the past few weeks. Slack reported 10 million users earlier this January which increased starting March 10. Slack’s user base jumped to 10.5 million six days later which quickly touched 11 million and moved on to 11.5 million. On March 23, Slack reached 12 million users and it is now at 12.5 million users.

We regroup, revise the script and adjust guidance as the CEO/CFO/IR/Comms crew heads to NYC. Driver from the airport tells me business is down by half, he’s behind on rent and his brother just got laid off from his hotel job, along with 50% of the staff. Darkening clouds. 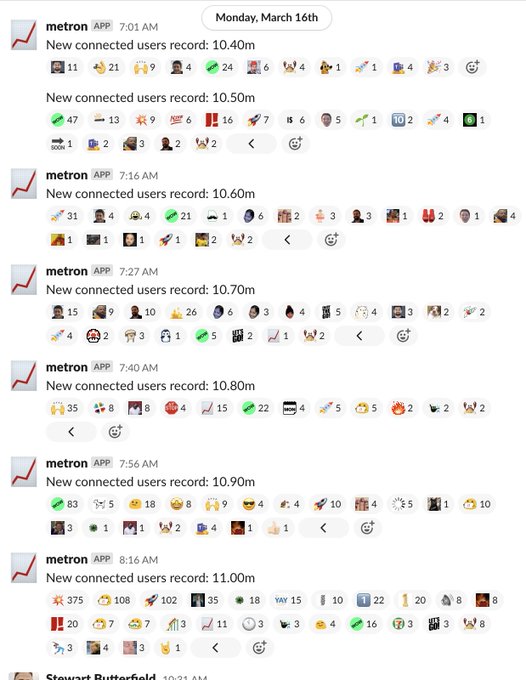 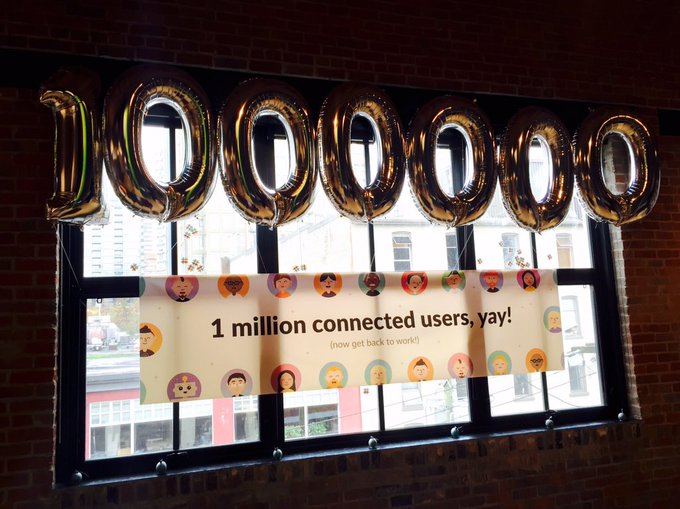 Note that this is the overall user base of Slack and not daily active users. Still, it’s a big jump for Slack. Overall, the company added 9,000 new users in Q1 which is an increase from 5,000 in the previous quarters. The company’s stock also increased by 15% following the revealing of its user growth.

The company even launched a major redesign earlier this month amid the work from home scenario. This was also Slack’s biggest redesign since 2013. Slack introduced a simpler and more customisable design for its users.

It added a new compose button which sits on top of the page. The sidebar has more features like reactions to messages, files, people and apps. Slack also lets users customise their channels now but only for its premium plan. It also added a lightning bolt shortcut tool to access work tools like Simple Poll and Cisco WebEx.