Nigeria now has 81 confirmed cases of the coronavirus after 11 new cases were confirmed by the Nigeria Centre for Disease Control (NCDC) late Friday.

For the first time, the disease showed up in the country’s south-east as two cases were confirmed in Enugu state.

Lagos State, which has been described as the country’s hotspot, added eight cases, bringing the state’s total caseload to 52.

One other case was recorded in Edo State. 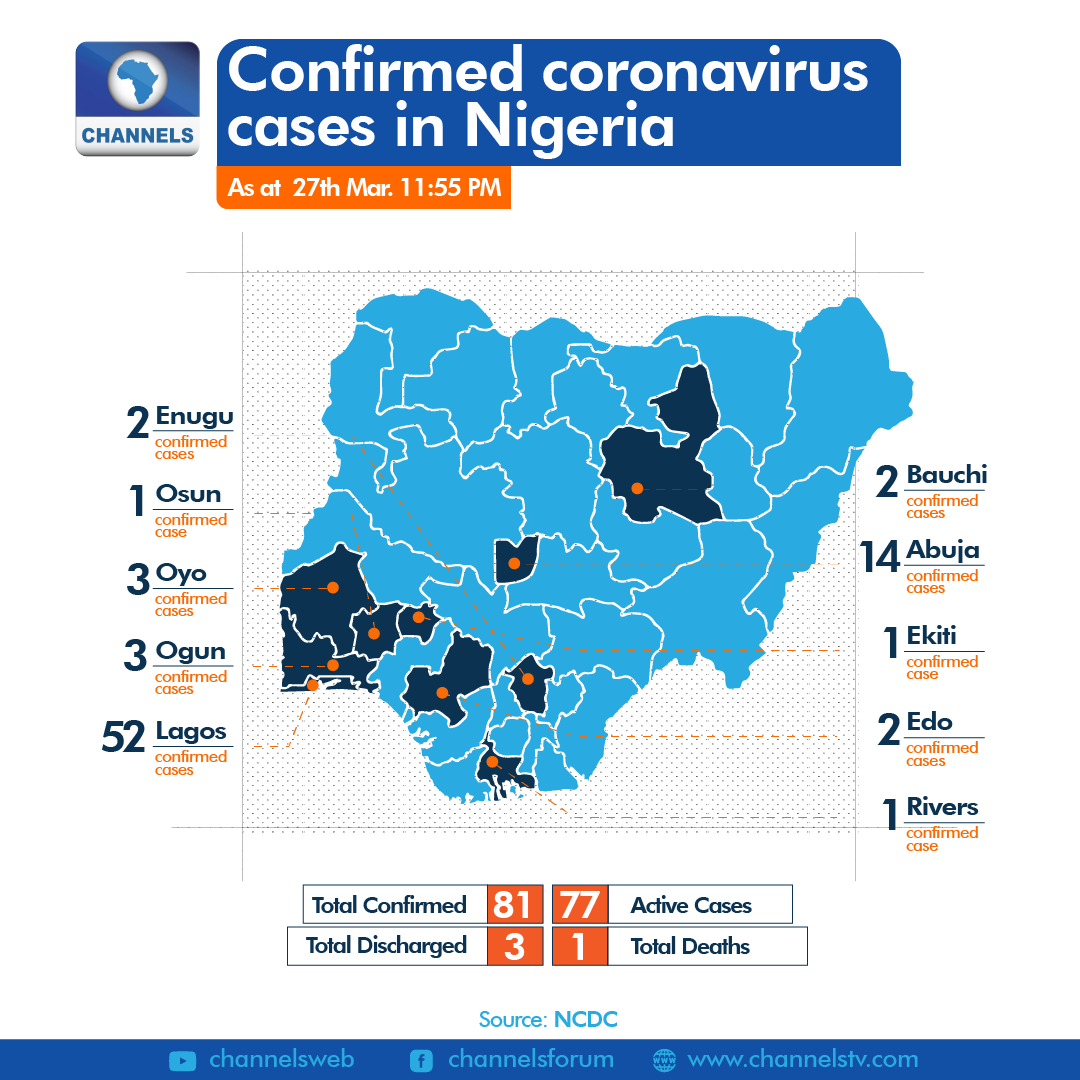 Earlier on Friday, the NCDC had reported the discovery of five new cases, three in the Federal Capital Territory (FCT) and two in Oyo state. No new case was reported in Lagos.

But the last announcement on Friday further strengthens Lagos’ status as the country’s hotspot.

In total, 16 new cases were confirmed on Friday.