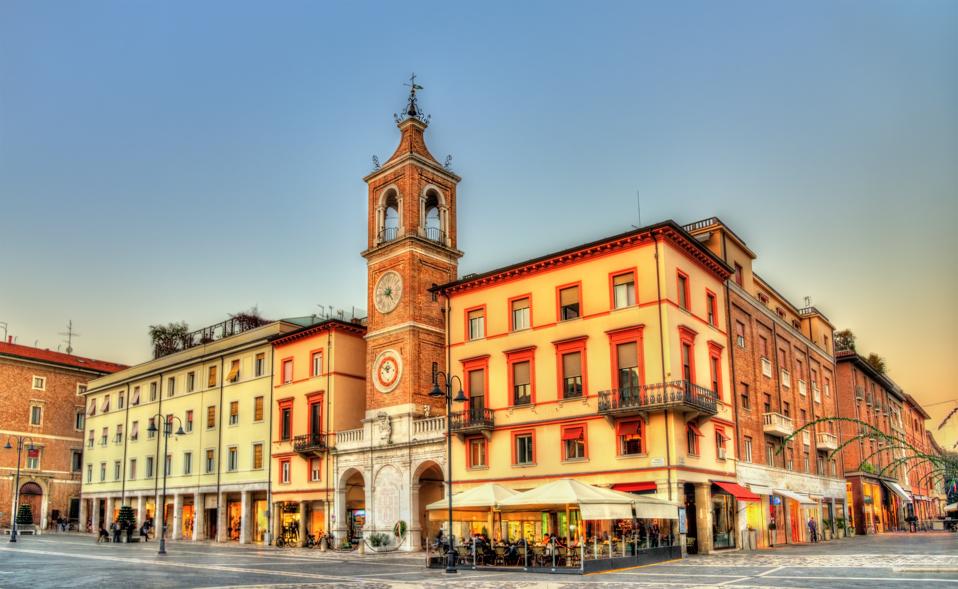 Referred to Italian media reports as “Mr. P,” the man was admitted to a Rimini hospital last week after testing positive for coronavirus.
He was released to his family Thursday evening after making a recovery, Rimini’s deputy mayor Gloria Lisi told local media.
It’s the second pandemic the man has survived, Lisi said— Mr. P was born in 1919, in the middle of the Spanish flu, estimated by the Centers for Disease Control to have infected 500 million people, about a third of the world’s population.
Rimini has been hit hard by the pandemic, counting 1,189 new cases of coronavirus on Thursday alone.
Crucial quote: “Mr. P made it. The family brought him home yesterday evening,” Lisi said. “[It teaches] us that even at 101 years, the future is not written.” His “truly extraordinary” recovery gave “hope for the future,” she added.

Key background: Mr. P’s survival is remarkable, especially considering the high fatality rates for older Italians who become infected with the virus. According to a report from Italy’s National Institute of Health, nearly 86% of deaths in the country were patients older than 70 years old. And while China, the U.S., and Italy all had confirmed coronavirus numbers hovering around 80,000 Thursday, Italy saw substantially more deaths, 8,165 compared to 1,000 in the U.S. and 3,287 in China. The age distribution of Italy’s population may be a factor— the country has the second-oldest population globally, with 23% of Italians clocking in at over age 65.

Tangent: Mr. P has joined the ranks of other centenarians to survive coronavirus, including 103-year-old Zhang Guangfen, a woman living in Wuhan, China, where the virus is believed to have originated. Guangfen was admitted to hospital in early March and was discharged a week later. On Thursday, South Korea saw its oldest survivor leave hospital after a 97-year-old female coronavirus patient made a full recovery. She is reported to be from Cheongdo, a city not far from Daegu, which has seen the worst of South Korea’s coronavirus outbreak.