.
Spread the love
thanks for the views we appreciate : 1,366

Update via @Loggiaonfire : John, Janice and his crew are alive and in the process of being released from confinement. For their continued safety no more details are being given. Expect another update, hopefully from the man himself, tomorrow. #FreeMcAfee

468 people are talking about this

As bitcoin dips below $10,000 and ice caps melt, only one thing is certain: John McAfee will keep things surprisingly interesting. Most recently, however, noted crypto fan, presidential candidate, potential auto-cannibal, and general wild man McAfee has disappeared. Where did he go?

First, some background. McAfee took to the sea in January 2019, allegedly carrying a number of soldiers, guns, and bottles of booze.

927 people are talking about this

In the intervening months he landed in the Bahamas and then ended up in Cuba. He continued his presidential run from there.

McAfee then posted this photo on July 19. In the photo we see McAfee and his wife showing proper trigger discipline somewhere on the water. A few minutes later he wrote: “I Am a presidential candidate with 1.2 mil  followers. My crime is not filing tax returns – not a crime. The rest is propaganda by the U.S. government to silence me. My voice is the voice of dissent. If I am silenced, dissent itself will be next.”

The CIA has attempted to collect us. We are at sea now and will report more soon. I will continue to be dark for the next few days. 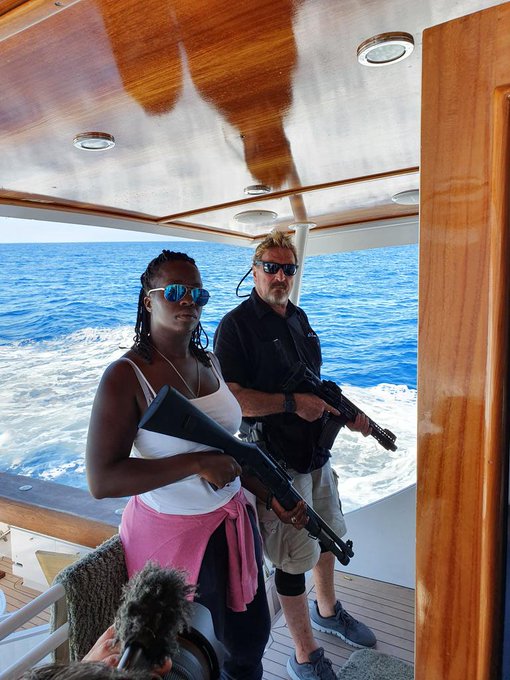 8,995 people are talking about this

The photo features a number of interesting tidbits.

To wit: a single bullet near McAfee’s feet.

A DSLR camera with a decidedly exhausted wind guard. This is presumably not the camera that took this picture.

Performing a CSI-style “enlarge and enhance” on the reflective sunglasses showed us little more than the cameraperson in silhouette. Further, the photo itself holds no clues. In fact, the EXIF and location data is completely bare

, something that is not particularly unusual for Twitter photos.

We know, however, that the McAfee crew was somewhere at sea after leaving Cuba. Janice McAfee confirmed this on July 14.

A view of Barry, the tropical storm, from Cuba

23 people are talking about this

Over the next three days he sent a few more messages including this one that suggested he was coming back into port.

Axel. He can hardly wait til we reach port and he can get off of this God forsaken boat that lost air conditioning and water 18 hours into the trip. None of us have bathed for 5 days. We each stay ten feet from each other when we talk. 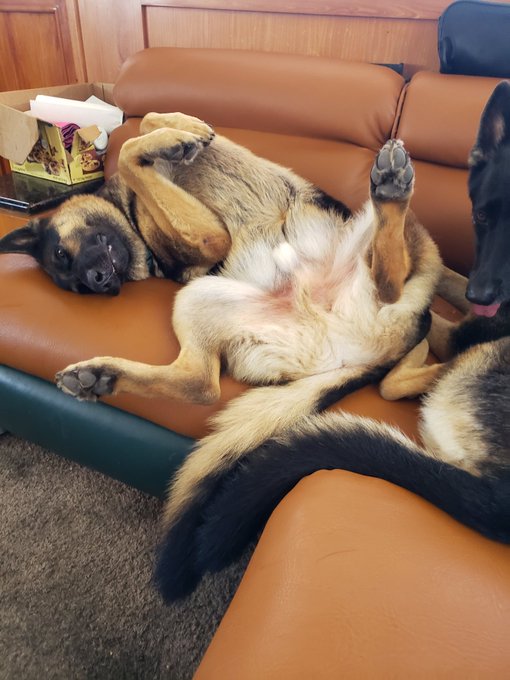 246 people are talking about this

These messages, sent by McAfee’s campaign manager, Rob Benedicto Pacifico Juan Maria Loggia-Ramirez, suggest that McAfee and crew are gone. McAfee, a born entertainer, could have disappeared for effect in order to rile up speculation or he could be in U.S. (??) custody.

We’ve reached out to McAfee’s campaign manager and haven’t yet heard back. However, he did send a message to Law & Crime stating:  “People won’t believe it, but the information that I posted under John’s account is all that I have. John has a lot of friends all over the world, and we are all working to locate him and secure his release if necessary.”

What’s the old saying? If your pirate friends don’t know where you are, things may be bleak.

McAfee is a seminal figure in the story of crypto. While he may be wacky – this drink in particular seems a little gin-heavy and he’s a shill for many dubious projects – his antics are a direct reflection on the current state of the ecosystem just as the original (and grumpy) gurus like Richard Stallman and Linus Torvalds defined the free and open source software ecosystem. Folks like McAfee paint a different – and sometimes controversial – picture of the future of this technology. It’s worth listening to them… and worrying about them.