Spread the love
thanks for the views we appreciate : 312

The role of the media in feeding society with accurate information at all times, is such a huge responsibility that should be taken seriously. The pressure of breaking a news and getting traffic, especially with online news platforms, sometimes causes more harm than good.

Misinforming the public at any point, can make a lot go wrong and even instigate violence and aggravate hate
which can lead to unguided actions.

Award winning Media personality Linda Ikeji has stirred reactions on twitter from angry Nigerians who read a story on her blog only to find out the news was fake.

The blog had published an MTN building being razed by fire in Lagos on Tuesday,in the wake of reactions to the South African xenophobic attack on Nigerians.

Social media users however discovered that the picture showing the structure belonging to the mobile network, was reported by Nairaland in 2015 as a building that caught fire in Ilorin, Kwara state. This act made fans call for the withdrawal of Linda’s journalism licence or better still, her media platform be shutdown.

This did not go down well at all, as Linda had given fans a hard pill to swallow. Some Nigerians said she should be arrested while others stated that it was after the blog published the story that angry youths started destroying any outlet belonging to South Africans, thereby she used her platform to influence violence due to wrong information.

You see this country? Only God can save us
Misinformation everywhere.
Everybody wan talk.
No wonder we are where we are today. Nonsense and Linda Ikeji#WeNoGetPresident #SayNoToXenophobia #Burnaboy 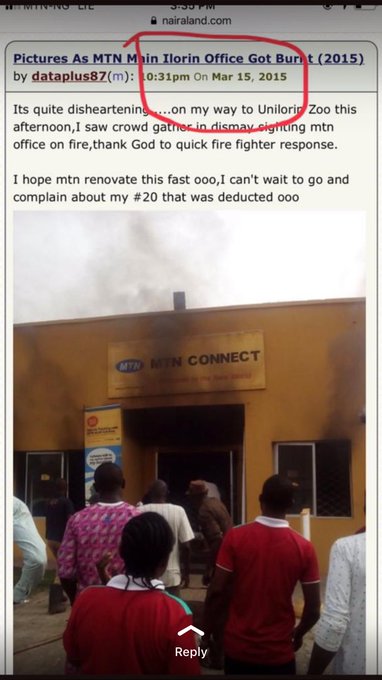 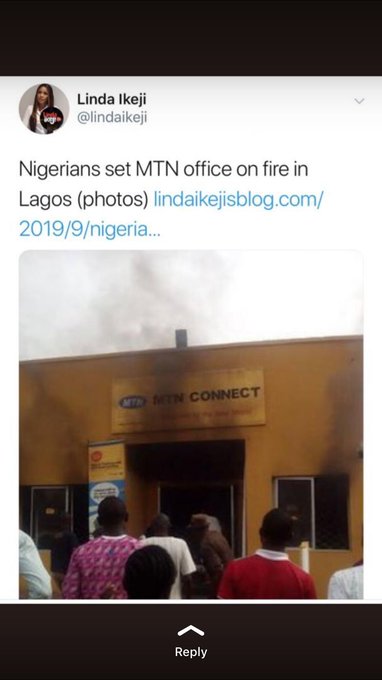 Take it or leave it

This fake picture was the first picture going around as retaliation to the Violence in South Africa
This picture instigated the attacks in other places in Nigeria.

We can’t show you everything! 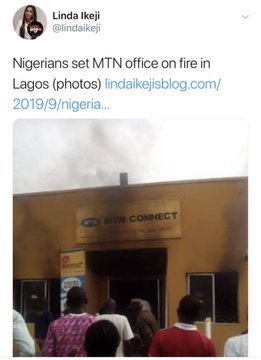 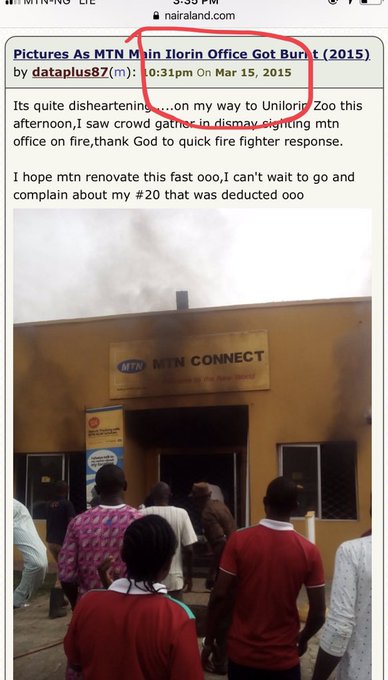 37 people are talking about this

So, Linda Ikeji instigated this.
Do we even have media regulations in this country?.
These bloggers need to be cautioned!

No vandalization, looting or burning of malls and offices before Linda Ikeji and other bloggers posted this fake news. 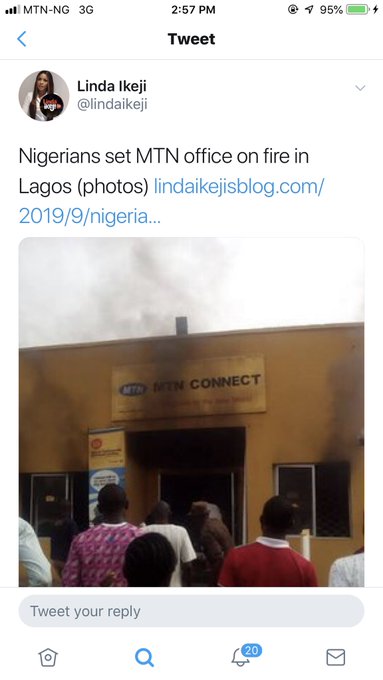 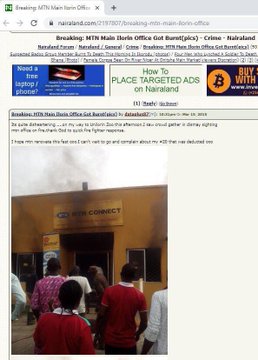 No vandalization, looting or burning of malls and offices before Linda Ikeji and other bloggers posted this fake news.

In a sane country with good law, Linda Ikeji would’ve been arrested by now and her journalism license would’ve been withdrawn cos she is a threat to the nations unity. How can you spread fake news to instigate violence.

Please! If you see any old videos recirculating to stir up more drama – PLEASE LET OTHERS KNOW THEY ARE FAKE

And in addition, I think Linda ikeji should be arrested for misleading the public, inaccurate information and instigation of violence amongst the public. She should be convicted of treasonable felony.

Linda Ikeji should be arrested and her Site shutdown and she pays fine for misleading and aggravating ready-to-explode minds by sharing fake news.@DrIsaPantami pl do the needful

Bloggers and other media outlets should be punished for posting fake news. There were no attacks until some bloggers (Linda Ikeji) started posting fake news about attacks yesterday. They instigated the actions of Nigerians in Nigeria.

17 people are talking about this

All of you that have been posting and supporting the boycott of MTN, SHOPRITE, DSTV, and those terrible bloggers led by Linda Ikeji posting fake pictures and videos, I hope y’all know that you fuelled this looting at the malls and riots?? I hope you know??? https://twitter.com/PabloHoggs/status/1168872099433373698 …

DSTV
MTN
Shoprite
Are all South African businesses in Nigeria .

Yes, but shutting them down will put a lot of Nigerians out of work…think about it (your friends and families, working with those firms)

Journalists should learn to always do a quick background check or fact checking on any story that will be reported, for verification and authentication purposes, to avoid any form of public misinformation.