Spread the love
thanks for the views we appreciate : 296 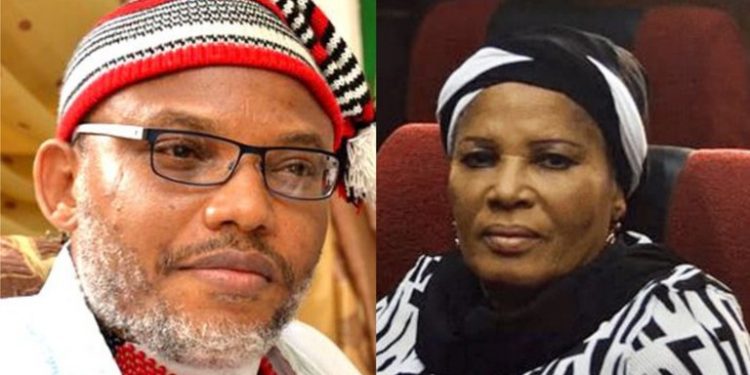 Kanu, who announced the mother’s death on Sunday, said she died August 30, 2019 in Germany after doctors battled unsuccessfully over a protracted illness she suffered.

He said: “Watching her children being hunted and killed by the federal government was the cause of her illness, and today we have lost her.”

He however pledged not to be deterred by the death in his struggle for the actualization of Biafra republic.

“I had said before that I was ready to sacrifice anything for Biafra, and today I have sacrificed my mum. We will not be dettered, we shall continue to fight for the freedom of our people.”

The IPOB leader, who disclosed his mum died long before his visit to the UN and several other engagements, described such resilience as a demonstration that the loss of his mother has not dampened his spirit.

He was however silent on the burial arrangements as well as reasons behind the belated announcement.