Spread the love
thanks for the views we appreciate : 833 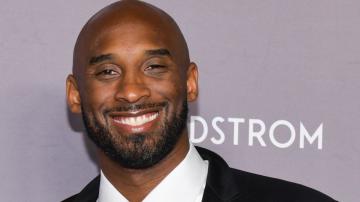 Former NBA star Kobe Bryant, considered one of the best basketball players of all time, had died at 41

Three more victims have been identified of the nine who died on Sunday in the tragic California helicopter crash that killed NBA legend Kobe Bryant and his 13-year-old daughter Gianna.

John Altobelli, the head baseball coach at Orange Coast College, was also onboard the aircraft — alongside wife Keri Altobelli and their daughter, Alyssa Altobelli, the school confirmed in a statement on their website.

Alyssa was a teammate of Gianna’s. John, 56, and Keri are also parents to daughter Alexis Altobelli and son J.J. Altobelli, who works as a scout for the Red Sox.

“It is with the heaviest of hearts that we announce the passing of Orange Coast College head baseball coach John Altobelli. He was a coach, a colleague, a mentor and a friend at OCC for 27 years,” the school — which is located in Costa Mesa — wrote. “Orange Coast College asks the media and the public to respect the privacy of John’s family and friends during this difficult time.”

John’s brother, Tony Altobelli, told PEOPLE, “I’m numb right now, I’m numb, I’m broken, I’m going to miss him terribly. He was my brother, he was my idol growing up, also my idol as an adult. You want to live my brother did, he was straight and narrow, he worked hard and he earned the respect of everybody who ever knew him and he left a legacy that will go way beyond his time spent in Orange Coast. I don’t know how you can not want to live a life like that.”

“We are heartbroken and shocked to learn that our former head coach, John Altobelli along with his wife Keri and daughter Alyssa passed away this morning in the helicopter crash that also claimed the lives of Kobe Bryant and his daughter Gianna,” the team wrote on Twitter. “John was our head coach in 2012-14, and his son JJ played for us too. JJ and his other daughter Alexis survive them. Our heartfelt condolences to his family.”

We are heartbroken and shocked to learn that our former head coach, John Altobelli along with his wife Keri and daughter Alyssa passed away this morning in the helicopter crash that also claimed the lives of Kobe Bryant and his daughter Gianna.

John was our head coach in 2012-14, and his son JJ played for us too. JJ and his other daughter Alexis survive them. Our heartfelt condolences to his family.

597 people are talking about this

It is with the heaviest of hearts that we announce the passing of Orange Coast College head baseball coach John Altobelli. He was a coach, a colleague, a mentor and a friend at OCC for 27 years.

Read our full statement at http://www.orangecoastcollege.edu/news/Lists/Posts/Post.aspx?&ID=21742 …

2,064 people are talking about this

According to the OCC, John racked up more than 700 wins during his career, including numerous conference titles and four state championships. Known as “Coach Alto,” he was “a mentor to his players, often playing a key role in positioning student athletes to obtain scholarships to play at the four-year level.”

In 2019, John was even honored by the American Baseball Coaches Association as an ABCA/Diamond National Coach of the Year.

On Sunday, players from OCC gathered to mourn the death of their coach on the team’s baseball field, arriving to the locale around 1 p.m. local time.

“John meant so much to not only Orange Coast College, but to baseball,” said Coast Athletic Director Jason Kehler in a statement. “He truly personified what it means to be a baseball coach. The passion that he put into the game, but more importantly his athletes, was second to none — he treated them like family. Our deepest condolences go out to the Altobelli family during this time of tragedy.”

“We have lost a member of our OCC family, and our hearts are broken,” added OCC President Angelica Suarez. “Coach Altobelli was a giant on our campus – a beloved teacher, coach, colleague and friend. This is a tremendous loss for our campus community.”

RELATED: Stars Pay Tribute to Kobe Bryant at the Grammys Hours After He & Daughter Died in a Helicopter Crash

Bryant, 41, and Gianna were the first two people identified as victims in the deadly crash, which took place on Sunday around 10 a.m. local time in Calabasas.

Los Angeles County Sheriff Alex Villanueva and Los Angeles County Fire Department Chief Daryl Osby were among those who spoke at a press conference Sunday afternoon, explaining that nine victims in total — the pilot and eight others — died in the incident.

“All survivors were determined to have been perished,” Osby said, adding it took authorities eight minutes to get to the crash site.

TMZ, who first reported the news, said that Bryant was traveling with Gianna to a game on his private helicopter when it went down.

The late NBA star and his daughter — a young basketball player, herself — are survived by Vanessa, Bryant’s 37-year-old wife, and their daughters Natalia, 17, Bianka, 3, and Capri, 7 months.