By Abi John in channels, swordpress on June 6, 2020
Spread the love
thanks for the views we appreciate : 286 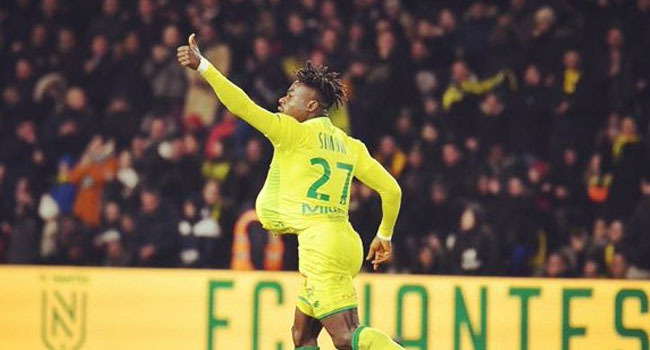 Super Eagles star Simon Moses has attributed his excellent season in the French Ligue 1 to hard work and God’s favor.

The Nigerian bagged nine goals and eight assists in 30 matches for the French side Nantes in the 2019/2020 season after joining them on loan from Levante in Spain last summer.

Simon was voted as the club’s player of the season for the campaign by the team’s fans.

The player has now attributed his fine form to his strive for excellence as well as divine favor, adding that it has been a nice experience for him in France.

He also said he adapted quickly to the game in France, saying the league fits his style of play.

Simon recalled that he helped the club score some important goals and also won the Man of the Match awards in ten games in his maiden season in the European nation.

“For me to have played as a point man in some games tells you that French football suits my style of play,” the 2019 Africa Cup of Nations bronze medalist told Tribal Football. “I think hard work and God’s favor made my football to click in France.”

On his future with the French team, the 24-year-old said he wants to stay with the Canary but admitted that Levante “have the final say on this matter.”