By admin in swordpress on July 13, 2020
Spread the love
thanks for the views we appreciate : 731
Top stories

“Thank You For Your
Eternal Love And
Affection,” Amitabh
Bachchan, COVID-19 Positive, Tweets To Well Wishers 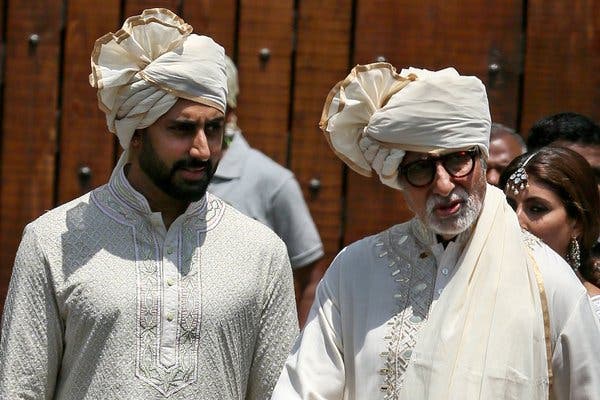 NEW DELHI — When this country’s biggest film star, Amitabh Bachchan, announced Saturday night that he had contracted the coronavirus, a loud alarm bell rang across India.

Mr. Bachchan, known as Big B, is not simply an enormously successful actor. He is one of India’s most revered figures. His face and rich, avuncular voice, dripping with gravitas, are everywhere, deployed in ads for household products, voice-overs at museums and countless public service campaigns. He was recently roped into doing a campaign on — what else? — the coronavirus.

The worry was that if Big B could catch the virus, anybody could, and with India getting walloped by Covid-19, Mr. Bachchan, 77, said on Twitter on Saturday: “All that have been in close proximity to me in the last 10 days are requested to please get themselves tested!”

The authorities in several big Indian cities and states are reinstating quarantines after attempting to loosen things up to stimulate a critically wounded economy. The borders between states are again being rigorously patrolled, with visitors shunted off to isolation centers. 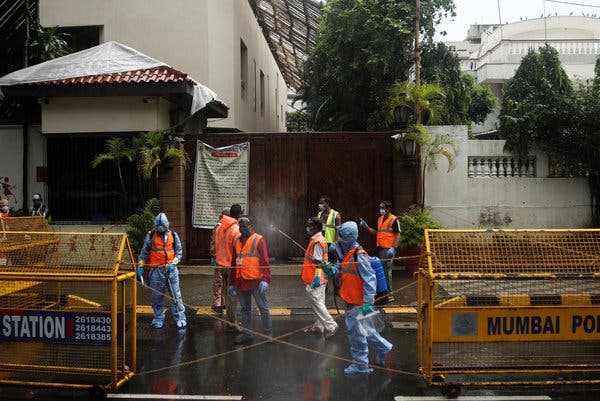 Prime Minister Narendra Modi has been trying to lift spirits by saying in televised speeches that India is still doing better than richer countries, especially when it comes to the death rate. India has reported about 16 coronavirus-related deaths per million people, while the United States, Brazil, Spain and Italy have all lost hundreds per million.

Experts think this might be for a few reasons. India’s average age, around 28, is younger than that of other countries. Obesity is less prevalent, too, and many doctors believe that obesity creates a greater vulnerability to the coronavirus. Some medical professionals also believe that Indians have strong immune systems because of their constant exposure to microbes, living in cities that are not as clean as cities in the West.

Another explanation, though, might simply be testing — or the lack of it. India has performed far fewer coronavirus tests per capita than many other countries have.
Latest Updates: Global Coronavirus Outbreak Updated 30m ago

As Fauci becomes more vocal, Trump aides are moving to undercut him.
Florida reports more than 15,000 new cases, a daily record for the U.S.
Houston area leaders are calling for another lockdown.

Either way, the Indian authorities keep coming up with innovative ways to fight the virus. At airports, for instance, video cameras have been installed that enable security officers to check passengers’ boarding passes remotely to minimize face-to-face contact. The officers who use electromagnetic wands to screen passengers now use wands attached to four-foot rubber poles to maintain distance. And many Indians, even the poorest, have been wearing face masks for months.

India’s biggest enemy is the density of its population. This country has dozens of cities with more than a million people. Even in smaller towns and villages, many families live in cramped quarters, eight or even 10 people to a room, which makes a highly contagious illness like the coronavirus very hard to stop.

In many of these areas, it is impossible to maintain social distancing. In recent weeks, Mumbai, one of India’s most-packed cities and home to Mr. Bachchan, the movie star, has especially struggled.

The virus started out in Mumbai’s wealthier neighborhoods among the jet-setter crowd. Then it swept through the slums. Now it is gnawing through the entire city, home to 20 million.

On Saturday night, Mr. Bachchan announced via Twitter — where he has 43.2 million followers — that he had tested positive. He was soon admitted to Nanavati Hospital, near the exclusive Juhu neighborhood in Mumbai where he lives, overlooking the Arabian Sea.

It appears that several of his family members have fallen sick as well.

His son, Abhishek Bachchan, also an actor, disclosed that he had contracted the coronavirus. Abhishek’s wife, Aishwarya Rai Bachchan, an actress and model, tested positive, as did their 8-year-old daughter, Aaradhya.

All seemed to have mild symptoms, officials said.

The illness in the illustrious Bachchan clan was such big news that the health minister of Maharashtra State issued a Twitter post about it at 4:30 a.m. Sunday.

“I pray to god that Amitabh Bachchan Ji recovers from this soon,” the minister, Rajesh Tope, said, adding the respectful “Ji” to Mr. Bachchan’s name.

It is hard to overstate how big Big B really is. Walk through just about any city in India, and there is his handsome, gray-bearded face staring down from a billboard or a railway bridge, advertising a new phone app or chocolate bar or public health campaign.

The son of a renowned poet, Mr. Bachchan is celebrated for his mastery of language and diction. He has acted in more than 200 films over the past 50 years — and he is still working and drawing admirers. Until the coronavirus lockdown brought life to a screeching halt this spring, thousands of fans would camp out in front of his Mumbai mansion nearly every Sunday, hoping to get a glimpse of him. Mr. Bachchan would step out from his gates for a few minutes and stand on a stool and graciously wave.

“He’s like god,” said Shivendra Singh Dungarpur, a filmmaker who has worked with Mr. Bachchan. “I’ve never seen a star having such power, such credibility. He’s the biggest superstar this country has ever, ever seen.”

Part of Mr. Bachchan’s appeal, Mr. Dungarpur said, was that, for half a century, Mr. Bachchan has carefully chosen roles where he is fighting against all odds, taking on the system, getting justice for the common man. He is also very civically minded and has helped out with many real-life causes.

Mr. Dungarpur, who runs a film preservation foundation to save heritage films across South Asia, said Mr. Bachchan had helped him immensely, serving as the foundation’s brand ambassador.

His contracting of the coronavirus might create more fear across India. But it could also help take away some of the stigma that infected Indians have endured, evidenced by people kicked out of their neighborhoods and a few even driven to suicide.

Mr. Dungarpur predicted that a lot of Indians would find his struggle inspiring and say to themselves, “If Amitabh Bachchan can fight this, so can we.”