Jürgen Klopp Discusses the Challenges of Squad Building at Liverpool

Spread the love
thanks for the views we appreciate : 516 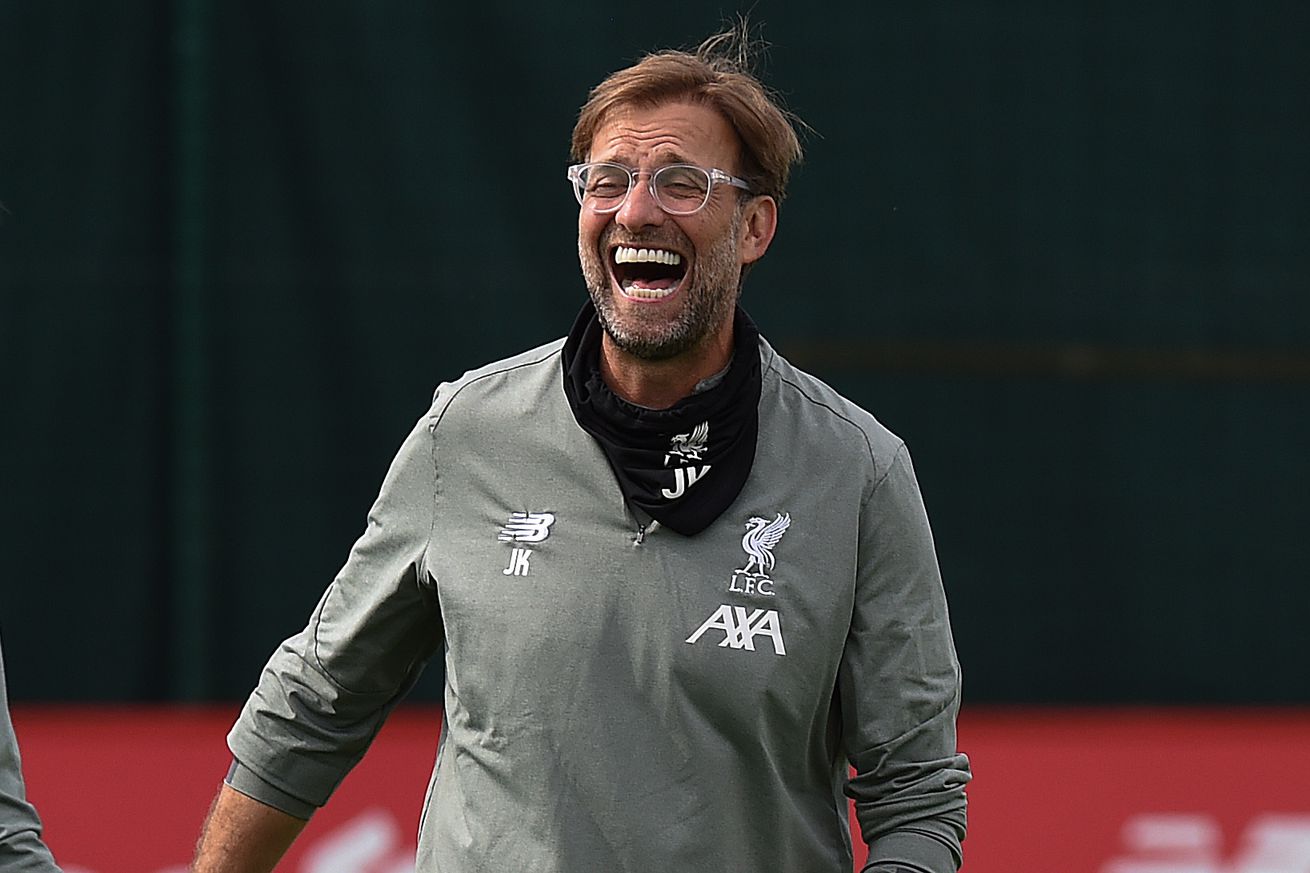 Get ready for a dry summer.

Look, we know the score by now. Liverpool have no money because FSG are keeping things tight during Covid. We’re not saying nothing will happen, but we are saying not a lot will happen. Thus we have Jürgen Klopp talking about the challenges of squad building. Anyway, we won the league.

“We build a squad in which everybody feels they are needed”, the Liverpool manager explained to the Echo. That means we can sometimes be a little bit short in an ‘A’ solution, but we always have a solution. As long as we have that, we have to work with that.

“For a club like us, it’s not possible to have on the bench 20 world-class players. We have to perform on a world-class level and that’s possible in different line-ups. Our players have all the potential to be world class but sometimes they don’t play often enough to show that.

“Squad building is really tricky and is a big challenge every year. The answer is never to have more players than you need, actually. That’s not the answer. It feels comfortable for a moment and then you have over the whole year completely different problems.

“It’s difficult to decide exactly what’s the right number and what are the right alternatives, but that’s the job to do. So far we have done it quite okay, and hopefully we will stay like this.”

One of the reasons Liverpool can afford to run a smaller squad is the work of the support staff, as Klopp went on to argue. “We have a department that helps the fit guys stay even fitter, like nutrition with Mona Nemmer, the fitness department with Andy Kornmayer and of course the medical department. They have all done an incredible job.

“Fitness, and particular nutrition, during the lockdown, they helped keep the boys fit and healthy and that was really important.

“The medical department are tireless workers, and keep bringing the boys on the pitch again week in, week out, and sometimes every three days. That’s absolutely exceptional.

“We are really happy with the way we dealt with an extremely difficult situation – all the teams had the same situation. We dealt really well with it. I’m massively thankful for that.”

Well, Liverpool aren’t signing a lot of players and that’s what’s happening. Frankly, we won the league, so I don’t care.