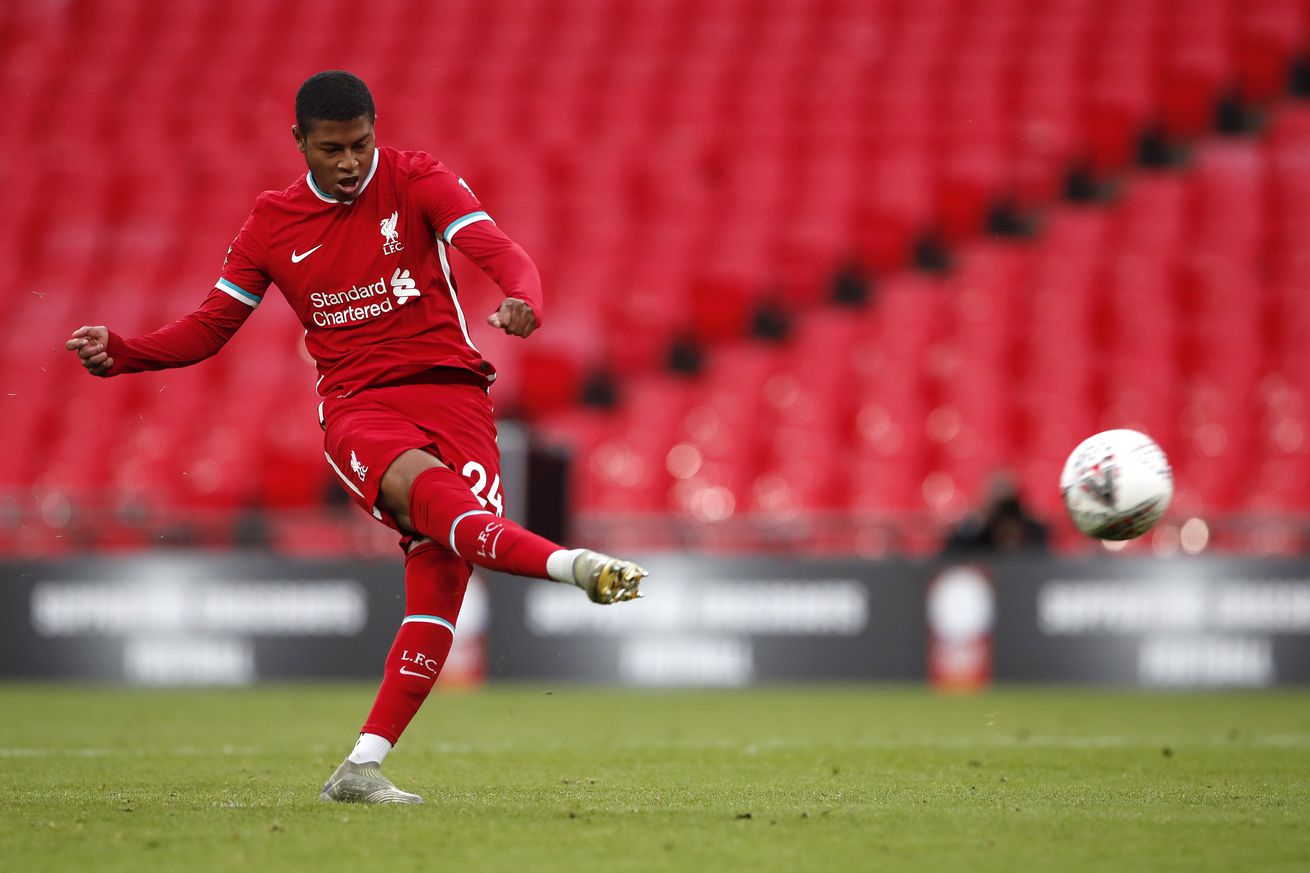 We remain unconvinced that the Reds are particularly keen on selling the youngster, but the smoke is getting thick.

With the start of the Premier League season only days away, but the international transfer window open until October 5th, and another domestic window active until the 16th, it is reasonable to think that many squads around the league will continue to make moves well into the fixture list.

For Liverpool, who have largely elected to run it back with their existing squad for the better part of two years, the rumours have largely dwindled down to two: Georginio Wijnaldum leaving and Thiago Alcantara arriving for a fee in the region of €25m. With both players being central midfielders of similar age and the Reds explicitly operating within a sell-to-buy budget this summer, the assumption has been that the two moves were linked, and now that Wijnaldum is reportedly set to sign an extension, the certainty around Thiago’s arrival has weakened.

A few days ago, however, a proposition of dubious origin began to circulate, namely that Rhian Brewster — Liverpool’s venomous 20-year old striker — was up for sale, with Aston Villa

a potential destination. The Villans went on to pick up Brentford’s Ollie Watkins for £28m instead, but interest in young Brewster reportedly remains high, with half a dozen Premier League clubs mentioned as potential suitors, as well as Swansea, with whom the player spent last season on loan.

Today, Chris Bascombe of The Telegraph and Matt Addison of The Echo have further fueled speculation by claiming that while the Merseysiders aren’t actively looking to move the youngster on, a move — either permanent, potentially with a buy-back clause, or temporary — remains on the table.

With the club in need of offensive reinforcements but financially tethered to their ability to make sales, the idea of using Brewster — a gifted goalscorer highly touted by the club’s coaching staff, no doubt, but one with considerable injury issues in his past and an odd fit for Jürgen Klopp’s favoured 4-3-3 formation — to fund a transfer for a more suitable attacker is not some outlandish idea, much as one would prefer all of the club’s youth players to succeed at Anfield.

The rumoured £25m price-tag — although it would ideally also contain a buy-back clause — is also right in line with what young, prolific Championship attackers go for these days, with Brewster scoring goals at the exact same rate as the aforementioned Watkins in the competition last season.

Like with any other rumour, this one may or may not happen, but despite our misgivings, it is not one that can be entirely dismissed at this point.