By 9jabook in playing on September 21, 2020
Spread the love
thanks for the views we appreciate : 4 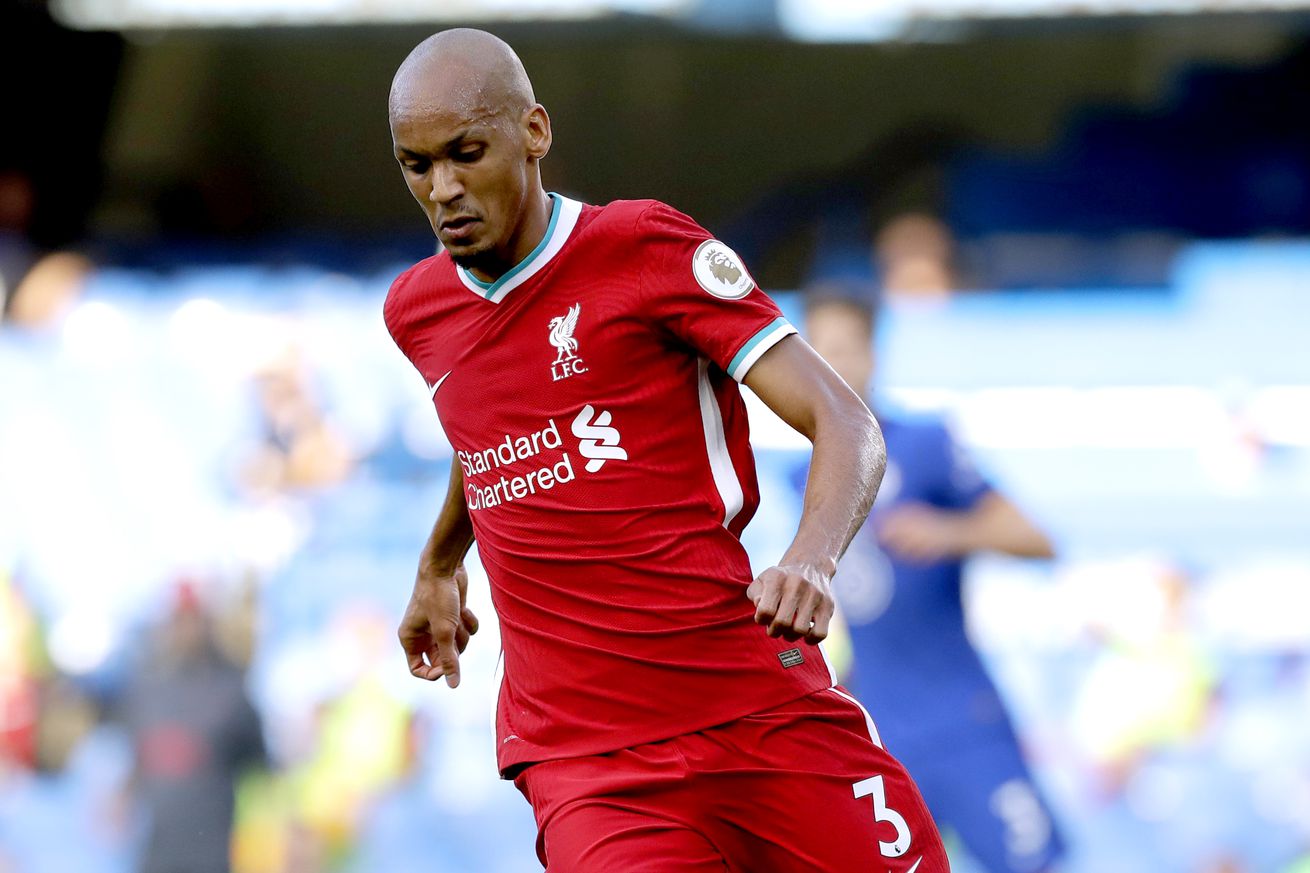 After two consecutive days of seeing big signings arrive on Merseyside, Liverpool travelled to Stamford Bridge for an early season clash of teams expected to be in the top four. The lineup was cause for consternation for many, including myself, when seeing Fabinho slotted in as a centerback due to injuries to Joesph Gomez and Joel Matip. Intriguingly, new signing Thiago Alcantara was on the bench.

The first half saw Liverpool create several dangerous sequences while controlling possession, while Chelsea looked to counter using the quickness of Timo Werner. While both teams had opportunities, Liverpool looked relatively comfortable. A brilliant through ball from Jordan Henderson to Sadio Mane changed the game, as the Senegalese forward was dragged down by Andreas Christenson, earning the Chelsea defender a red card.

The second half was unsurprisingly dominated by Liverpool, despite a few hiccups. Thiago got his Liverpool bow, and showed just why Jurgen Klopp was so eager to bring the midfielder in.

Join us as we try and separate narrative from reality of the match up and how it all went down in the end.

FabinhoFirst things first, I would like to apologize to Fabinho. I was one of those people concerned about Fabinho, thinking he would be found out by the speed of Timo Werner. Instead, the Brazilian turned in a stellar display. He picked Werner’s pocket several times, and used his passing range the spray the ball to attackers. While I would still prefer to see a dedicated center back brought in, Fabinho showed he can absolutely be trusted to put in a shift in the back if needed.

The Front ThreeWhile Sadio Mane scored the goals, all three players up front for Liverpool had fantastic games. Mane was a menace all game long. His tenacity caused the red card and the second goal, and his header for the first was extremely well taken. Just a fun stat to throw at you, Sadio Mane now has more goals in the same number of games as Christiano Ronaldo did.

Not much splitting them. pic.twitter.com/n9VbLQlIGE

Mohamed Salah didn’t get on the score sheet this week, but he was a live wire yet again. He was on the ball quite a bit more than we saw at the end of last season, and he turned defenders inside out several times on the dribble. His passing impressed me the most, showing some nice range and vision. He provided the hockey assist for the first goal.

Speaking of the first goal, Roberto Firmino started the sequence with a ball to Salah, and then continued his run to receive the return ball. His lofted cross was perfectly placed for Mane to head home. Over all, Firmino provided his usual work rate and grift while getting involved in the build up play frequently.

Thiago AlcantaraLook, I get that Thiago came in against a side playing down a man, the midfielder just oozes class. He came in and absolutely ran the game, directing traffic and dictating the tempo from the holding midfield role. Sure, he gave up a penalty (thank you Alisson), but it was a tiny blip in a world class performance. He exudes a calm swagger, similar to Virgil van Dijk. If this one half of play is any indication of what is to come, it is going to be very fun to watch.

75 – Half-time substitute Thiago completed more passes (75) than any Chelsea player managed in the entire match. Since full passing data is available for the Premier League (2003-04), his 75 successful passes are the most by a player who played a maximum of 45 minutes. Control. pic.twitter.com/UvHfrw1ggN

VARAndreas Christenson took Sadio Mane down with a flying rugby tackle from behind, and the center ref only awarded a yellow card. VAR checked, and rightly decided it was a red card. VAR is good now?

Casual viewers in the USChelsea vs Liverpool was the marquee match up of the weekend. In the US, broadcast rights holder NBC made the decision to put the game (along with almost all others) on their streaming-app-behind-and-additional-paywall, Peacock Premium. Besides the annoyance of the game not being on one of the channels or streaming platforms most accessible to people, the app itself is not available yet on many platforms that people use to stream.

Andreas ChristensonThe Chelsea defender seeming got confused by which type of “football” he was playing when Sadio Mane blew past him at the end of the first half. His flying rugby tackle earned him a deserved red card for denial of a goal scoring opportunity.

Kepa ArrizabalagaIt’s not his fault that he is the most expensive keeper in the world. Still, the mistakes Kepa makes are not what you would expect from even a mid-tier keeper. He played the ball right into the press of Sadio Mane for the second goal instead of drilling it out of play. His days seem numbered as Chelsea have come to terms for the transfer of Edouard Mendy.

Elite Manager Frank Lampard: “If we don’t make that mistake for the second goal and you score the penalty, it’s 1-1”

Liverpool will travel to Lincoln City to take on the Imps in the EFL Cup third round on Thursday. This will likely be a chance to see many of the younger players, such as Curtis Jones and Harvey Elliott. We could also get our first glimpse of Diogo Jota in a Liverpool shirt.