By 9jabook in playing on September 26, 2020
Spread the love
thanks for the views we appreciate : 107 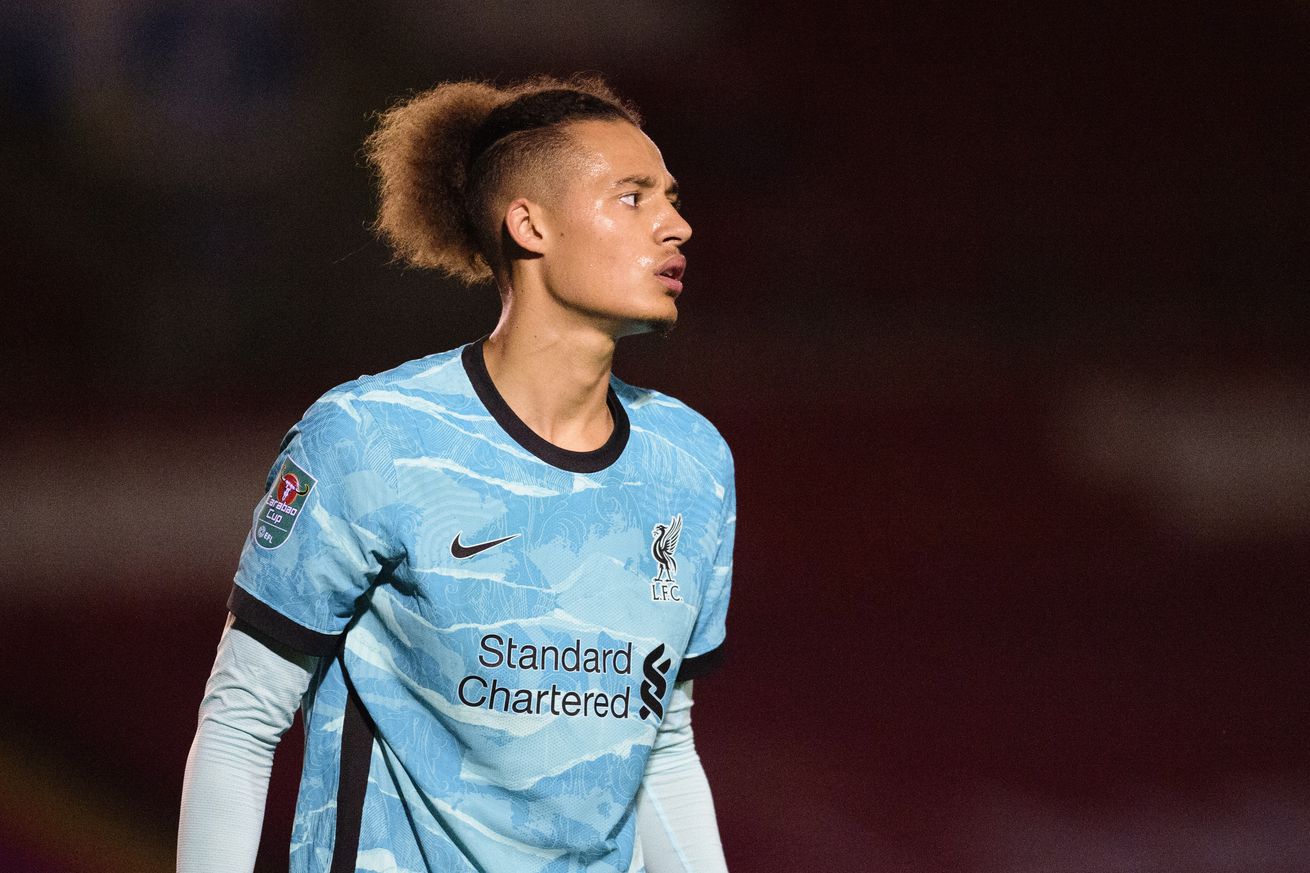 In the 2019/20 version of the third round Carabao Cup, Liverpool played MK Dons, Lincoln City’s recently-established rivals who remained in League One this season after attaining safety due to the points-per-game calculations.

In last season’s fixture, Jürgen Klopp fielded a starting XI that included Curtis Jones, Rhian Brewster, then-new boy Harvey Elliot, Ki-Jana Hoever, and goalkeeper Caoimhín Kelleher (due to Alisson’s injury, Adrián was starting in the first team). The bench featured academy figures Adam Lewis, Herbie Kane, Sepp van den Berg, Luis Longstaff, and Leighton Clarkson. Supported by a midfield of first team names, and with Milner initially starting in defense, Klopp’s youth-heavy side in 2019/20 showed how Klopp treated the Carabao Cup as a way to “blood” young players, providing first team minutes for players who impressed in the U23 side (or even those younger in the Academy).

Though Milner skews the average age somewhat (as does the reserve goalkeeper being called to duty with the first team at the start of the season, in fairness), the average age of Liverpool’s front three in last season’s fixture was just 18 years of age.

This season, though, the starting XI for the cup featured just one name — Virgil van Dijk’s — who can be said to be a regular the present first team, and the Reds fielded a starting side with an average age of 24.4, older than that of their competitors, Lincoln City, whose starting XI averaged just 23.7 years of age.

Klopp’s choice to rely on youth with a “splash of experience” in this fixture last season was vindicated as Liverpool progressed into the Fourth Round of the Carabao Cup after beating MK Dons with a goal from each of Milner and Hoever (who has recently departed for Wolverhampon Wanderers).

When asked about prioritizing certain competitions amidst the congested schedule this season in the pre-match press conference, Pep Lijnders spoke about “attacking” all possible trophies and on how the Reds have “evolved” as a squad over the course of a year, emphasizing the added possibility the current players provide.

Speaking on the underlying expectation of a youthful cup team, Lijnders added that “the team tomorrow will be a strong team, some of you guys will be surprised to be honest.”

While the starting team yesterday included Rhys Williams, a 19-year-old debutant who progressed rapidly in the Academy set-up, the other young players had experience that belied their youthfulness. Teenager Neco Williams, who started at right back on Thursday, finished the 2019/20 season with 11 appearances, for instance — the same number as Xherdan Shaqiri

, who is 28 — and local lad Curtis Jones beat out them both, finishing 2019/20 with a dozen appearances to his name. As the youngest member of the Liverpool starting team, 17-year-old Harvey Elliot finished 2019/20 with eight appearances, and was often selected in the first-team match-day squad despite his age. While it is likely that 17-year-old center back Billy Koumetio missed out through injury, it’s arguable that he would have filled the role of Rhys Williams had he won a start, rather than forming a center back partnership formed of teenage debutants.

In describing the approach to picking the team, Lijnders told the press that, “It’s about finding a team who feels the responsibility to give everything and finding a balance,” clarifying the need to match the “fire” of the young players with experience and discipline of more experienced ones. He stressed, too, the fact that Lincoln City (prior to yesterday) had scored five goals from counter attacks, and thus that defensive awareness and tactical discipline would be necessary.

The strength of the team who faced Lincoln City yesterday was indeed surprising to many given Liverpool’s tendency to rely on youth in the domestic cups. The use of new first team players — Kostas Tsimikas debuted at left back for his first competitive appearance for the Reds, and new-signing Diogo Jota debuted as a substitute — and players just outside of the regular starting XI in Takumi Minamino, who scored a brace, Divock Origi, and Shaqiri — both of whom found the scoresheet themselves — speaks perhaps to a different approach this season. Indeed, though Marko Grujić, who also scored, did not feature for the Reds last season, but he did make 31 competitive appearances for Bundasliga side Hertha Berlin, and thus cannot be said to lack first team experience.

That Liverpool were able to field a much-changed side that nonetheless featured a majority of first team players illustrates an approach to the 2020/21 Carabao Cup which underlines the new-found depth and experience of the squad.

This added depth, however, might also underline a dearth of opportunities that were formerly available for youth players. Whether this approach of “attacking” all trophies with a more experienced will lead to domestic cup glory is as yet undetermined, as the Reds face Arsenal next week in the Fourth Round of the Carabao Cup.