Player Talk: A “Glimpse” of What Jones Is Capable Of, Williams “Buzzing” With His Debut

By 9jabook in playing on September 26, 2020
Spread the love
thanks for the views we appreciate : 106 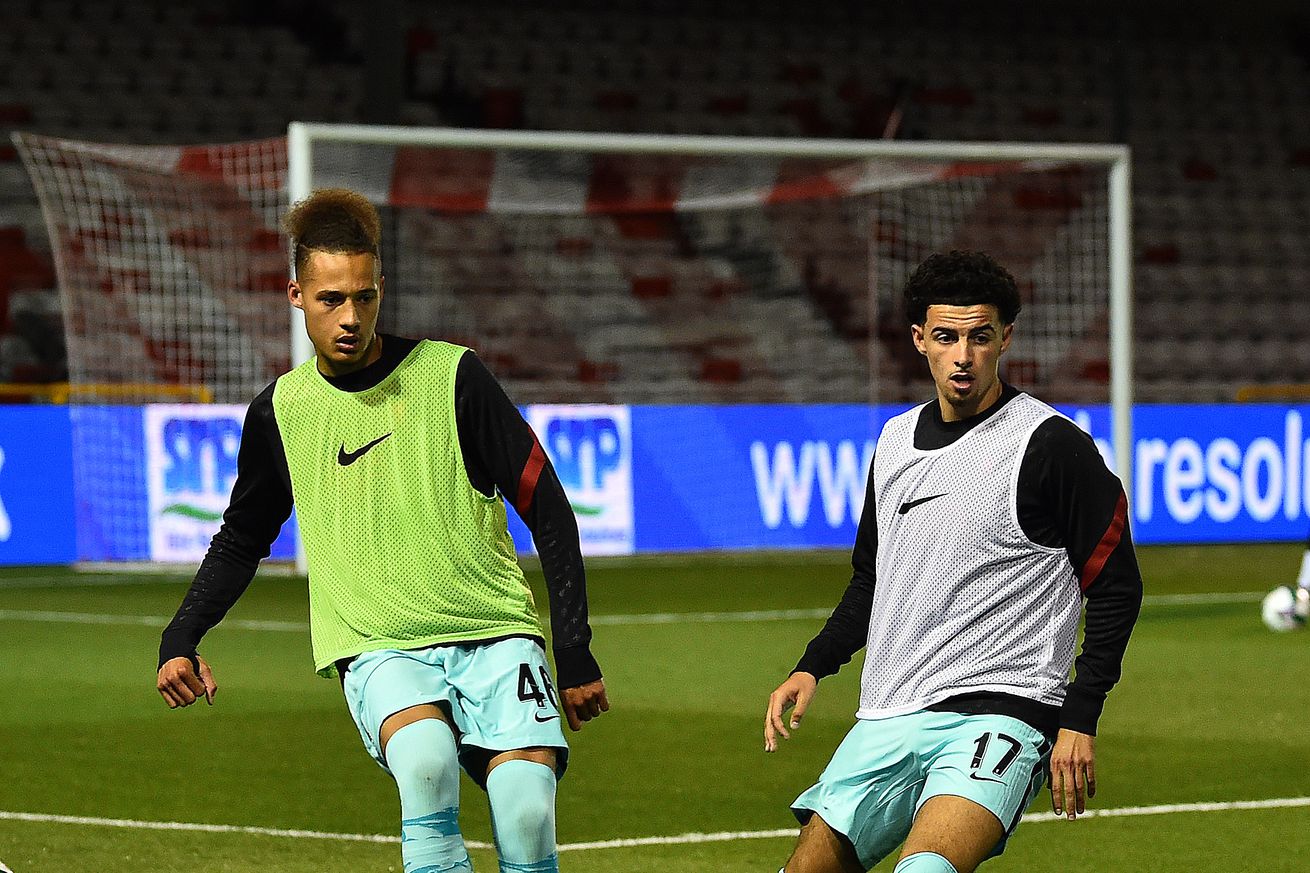 The two young players spoke to LFCTV following the seven-goal victory away to Lincoln City in the Carabao Cup.

Curtis Jones spoke of the hunger and performance levels evident in the squad, both of which were visible on the pitch. “I think a few of the boys in the team there are frustrated with not playing every single week, but they showed then that if they’re called upon they’re 100% ready.”

Speaking about his own two goals, Jones expressed pride at the team effort that saw them through to the next round, laughing off a question about the deflection on his second goal: “They all count you know, a goal’s a goal to me.” Though it was less of a stunner than the nineteen-year-old’s first goal for the club — a curling effort in last season’s FA Cup Derby, later used in the club’s promotional videos — the goal and his effort on the pitch on Wednesday exemplify what the young Scouser is capable of.

“Every game that I play is an opportunity for me [to build on my experience from last season], and for the rest of the lads, so whenever I’m called upon I give 100% — that’s what I try and do anyway. I think the performance on the day shows a glimpse of what I’m capable of doing, but I’ve got a lot to learn and I need to be patient and my time will come.”

Debutant Rhys Williams also spoke to the press after the match on Wednesday, speaking about his first start for Liverpool at 19 years of age.

“It’s a moment me and all my family have dreamed of since I was a kid signing at nine, and I’ve been rewarded with a new contract and now the manager’s put his faith in me to play in a cup game, which I’m over the moon with.”

Williams had “an inkling” that he might be involved in the match two days before kick-off and found himself lost for words to describe his sense of anticipation.

“I don’t know how to sum it up. I was nervous, obviously, but I was over the moon, because this is what I’ve been striving towards over the hours put in, and I’ve finally got my reward, and, yeah, buzzing, absolutely over the moon.”

Jürgen Klopp told him to enjoy himself and play his game, which he did in the second half by notching the “assist for the assist” for Jones’s first goal. He tells LFCTV that Divock Origi “likes to play inside, and after the second goal he said, keep looking for me,’ so I kept my head up and looked to find his chest, and Curtis finished that one off nicely.”

Williams hopes to take the “next step” following Neco Williams and Curtis Jones into Premier League minutes, but his first start shows he’s willing and able to fit in seamlessly with the senior squad.

As for playing next to Virgil van Dijk? “Well he is the best in the world. [Virgil] was talking constantly, he obviously knew I was young, knew I was nervous. I’ve never felt more secure next to someone than playing with Virg.”

Both Curtis Jones and Rhys Williams show what players working hard in the Liverpool Academy can look forward to, and they both rewarded the manager’s trust with solid performances on Wednesday.