By 9jabook in playing on September 27, 2020
Spread the love
thanks for the views we appreciate : 105 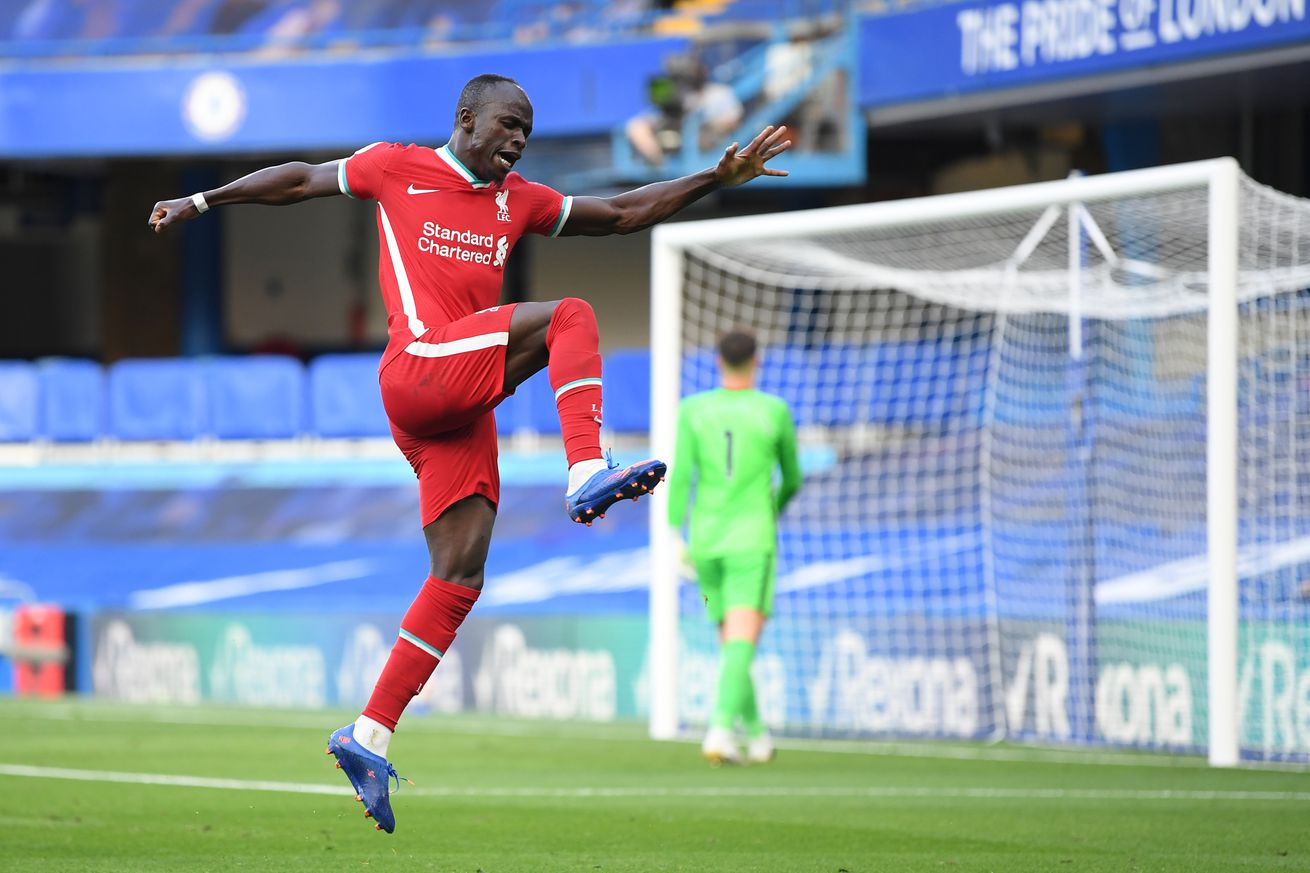 The Senegalese striker leapfrogged Luis Suarez to become one of the club’s top 20 all-time goal scorers. And he’s not done yet.

Years from now, we’ll realize just how lucky we all were to watch this team of living legends play. This Liverpool squad has three strikers—the attacking trident of Roberto Firmino, Sadio Mané, and Mohamed Salah—in the all-time top 30 list of club goal scorers. As of last Sunday, the latter two are in the club’s top 20.

Mané’s second half brace moved him ahead of the prolific, turbulent, and short-lived Liverpool career of Luis Suarez, to join Albert Stubbins (one for the kids) in 19th place, with 83 goals.

It’s one of those stats that is usually far more important to journalists than the players, and this was precisely the case when Sadio was asked about the achievement.

“I didn’t know it before, for sure,” Mané told the club’s official website. “I’m really, really proud and really happy about it because as a player you always have targets and it’s one of my targets.

“So, I’m in the 20 top scorers [now] and I’m really happy about it. I’m looking forward to scoring more and more goals for the team and to be closer [to the rest of the names on the list].

“I’m really happy, of course I’m really happy especially as a striker to score goals and the team win, that’s one of the best things that can happen to you.

“As a team we played very well and we won both of the two [Premier League] games, which was really important for us. Now we are looking forward to the next game, at home against Arsenal.”

Roberto Firmino only needs 5 more goals to join his teammates in the top 20 list, but the lads will have some work ahead of them to get into the top 10. Sam Raybould (another one for the kids!) sits in 10th place with 130 goals in all competitions for the club.

Mohamed Salah, with 97 goals, is the closest, but it’ll take another couple of prolific seasons to get there. Still, Salah has some massive club legends in his sights this season: he could realistically expect to pass Kevin Keegan (100 goals), John Barnes (108 goals), Jack Balmer (110), and Ian St. John (118).

Mané, too, could easily surpass the century mark of club goals this year if his form from the previous seasons continues. And there’s no reason to think that it won’t.

We’re living through another golden era of Liverpool talent and success. It’s a fact that we should all remind ourselves about every time we’re privileged to watch these lads play.