By Abi John in channels, endsars, protest on October 21, 2020
Spread the love
thanks for the views we appreciate : 220

Lagos State Governor, Babajide Sanwo-Olu, on Wednesday visited the #EndSARS protesters shot by soldiers at the Lekki Toll Gate axis of the state.

He disclosed the visit via his Twitter handle, hours after the soldiers fired live bullets at the protesters in a bid to disperse them from the venue.

“This is the toughest night of our lives as forces beyond our direct control have moved to make dark notes in our history, but we will face it and come out stronger,” said Governor Sanwo-Olu who condemned the shooting.

He explained that at least 28 people were injured, out of which 25 were receiving treatment and three others discharged.

The highlights of the governor’s visit are captured in the photos below: 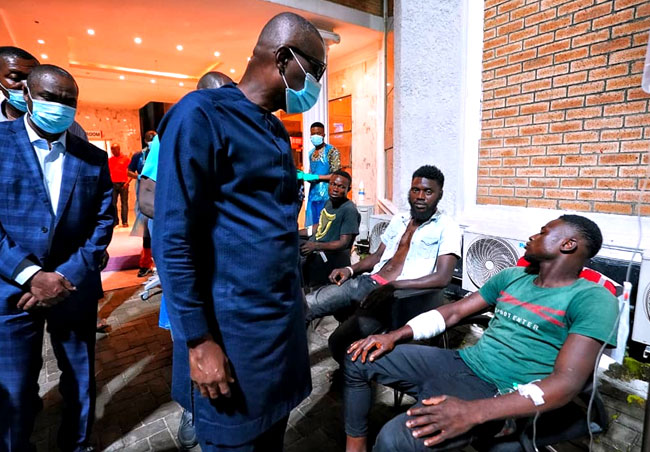 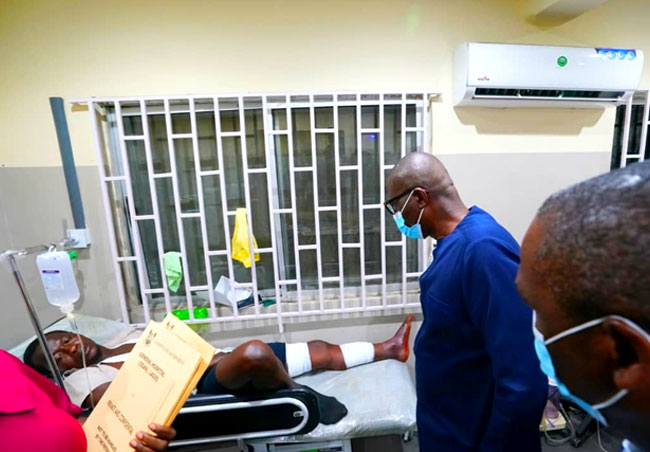 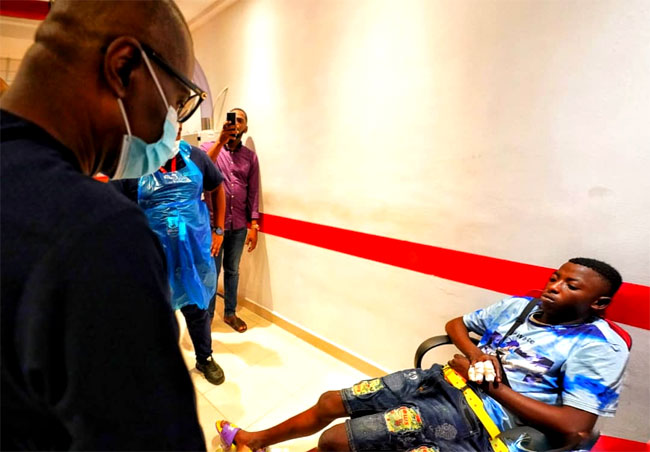