Brewster: Facing Liverpool “Going to be a Bit Weird”

By 9jabook in playing on October 24, 2020
Spread the love
thanks for the views we appreciate : 53 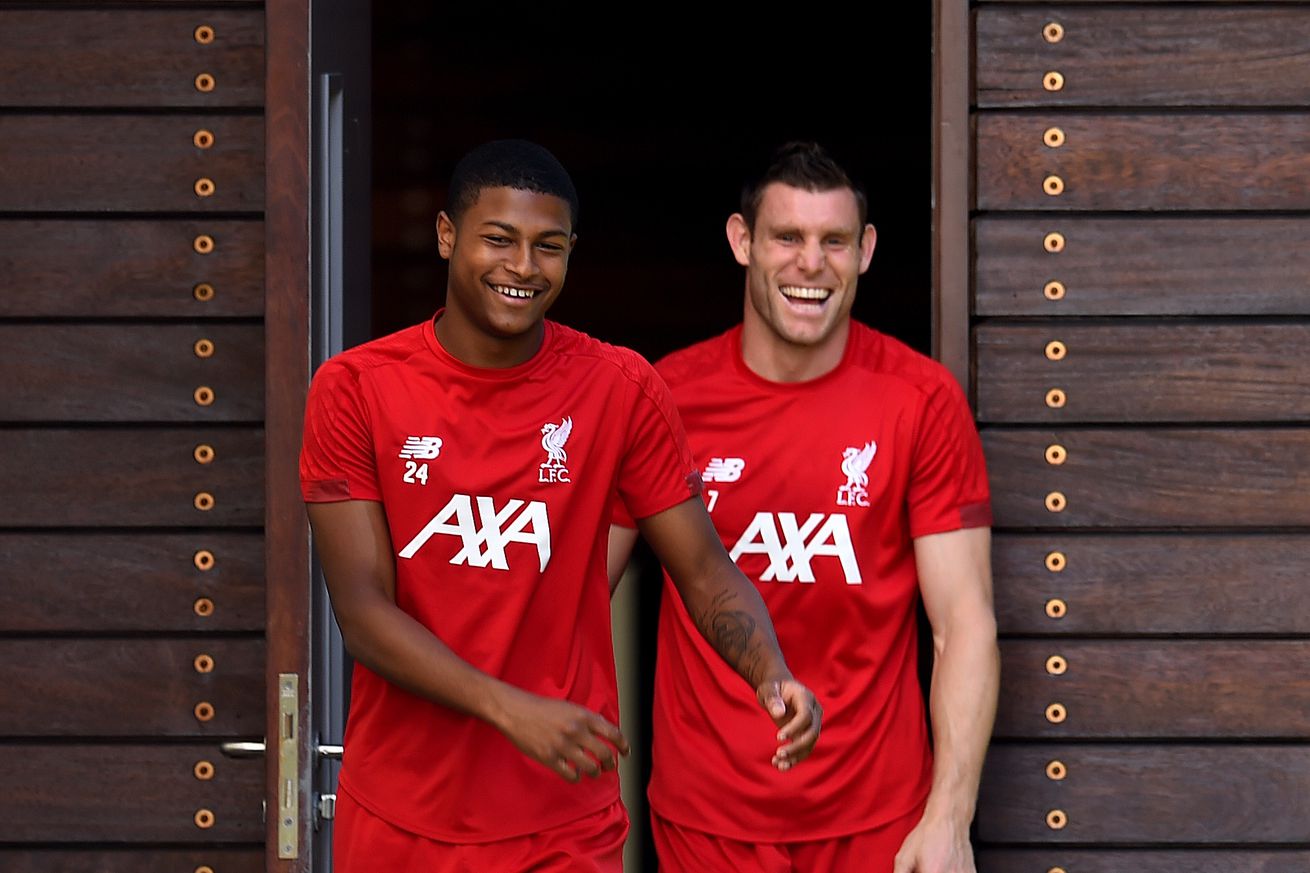 The former Liverpool striker reveals his feelings about facing his former club and his respect for James Milner.

There will be a familiar face suiting up for the opposition when Liverpool kickoff against Sheffield United at Anfield tomorrow. Rhian Brewster, who completed a £23.5 million move from Liverpool to the Blades earlier this month, will be looking to make his second Premier League appearance for his new club. With Sheffield United’s injury woes, their new record signing striker may even make his first start against the Reds.

Speaking to the Daily Mail, Brewster gave his thoughts on how it would feel to face off against his former club so soon after his transfer.

“It’s going to be a bit weird,” Brewster said. “But it will be a nice moment, just to see everybody. I didn’t get to say goodbye because it [the transfer] happened so quick.”

Brewster is a promising young talent that spent 6 years at Liverpool before his transfer. Unfortunately, he needed playing time to continue developing his game, but there simply was not a clear path to those needed minutes. Though he was ultimately surplus to manager Jürgen Klopp’s needs, Brewster spoke of the praise he received from his former teammates, and the importance of continuing to grow as a player rather than resting on those laurels.

“All the players say how good of a finisher I am and stuff like that. Coming from them, that is amazing,” Brewster proudly said. “That means a lot, but that’s not for me to take and be ok with. It’s for me to carry on doing what I’m doing, carry on working hard and practicing on it.”

The 20-year-old England youth international then went on to talk about how he admired and took inspiration from the work rate of the Liverpool squad.

‘Not one person slacks off and I’ll always remember that. Even if I feel I want to [slack off].”

James Milner, the very embodiment of a tireless work ethic and commitment to fitness, was especially influential on the young Englishman.

“For example, James Milner. He’s in his 30s and still going strong. That’s for a reason. Because he is always in the gym, eating right, doing everything he can to be the best. That’s one thing that I’ll 100% take from Liverpool and James Milner.”

As a player who has already experienced the frustration of missing large chunks of time due to a serious injury, it’s easy to see why Brewster would admire Milner and aspire to replicate his career longevity.

Though Brewster has now moved on to a new club, it’s very clear that Liverpool left a lasting impression on him. He seems determined to use those lessons learned to aid the development of his career going forward.

“The standards, they set the bar very high and that’s something I will never forget and hopefully people looking at me when I’m older, they will hopefully feel the same way.’