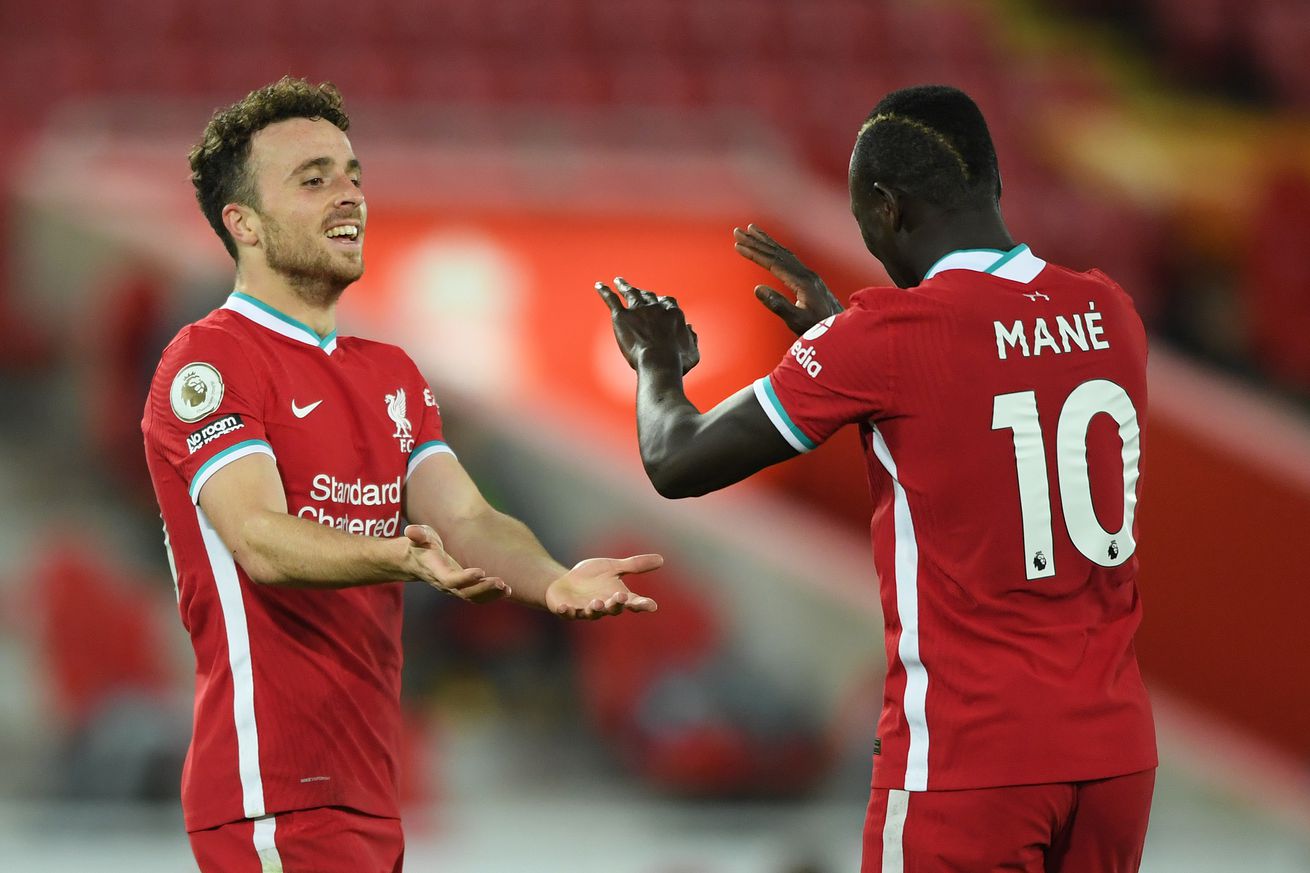 We dig into the Reds most recent win as their season chugs along, however bumpily.

Another scrappy affair, another clean sheet, another three points. Liverpool’s Champions League campaign keeps rolling along on octagonal wheels while everybody else is on squares, and we are absolutely here for it.

Below, we take a look at some winners, losers and narratives from the night.

Getting the Job Done: Listen, there’s no need to pretend this was a thrilling contest. Liverpool rotated their entire front line and did just enough to ensure all three points stayed at Anfield, leaving them in pole position at the top of group D.

Looking at some of the bonkers results in recent weeks and the state of league tables around Europe, though, it becomes clear that being able to manage the situation — a long unplanned break before a hectic run of fixtures, followed by an absurdly brief pre-season leading into a spectacularly condensed campaign — as boringly as possible may be more than enough to win a title or two. Barcelona sit 12th, Juventus 5th, and in the Premier League, Liverpool and Tottenham are the only two members of the Big Six currently placed in the top nine.

The Reds secured their 19th title in a season defined by their ability to turn it up when they had to and cruising when they could. Retaining that ability could prove even more valuable in what promises to be a sensationally stupid year.

Diogo Jota: He’s quite good, the Portuguese attacker! Another product of the recruitment team’s meticulous scouting and assessment work, the former Wolves winger does not have the look of a man who has trained with his team-mates for less than six weeks.

He may occasionally appear to be playing in a slightly different rhythm than his more established partners up top, but in six appearances, the 23-year old has notched three goals — including the 10.000th in the club’s history with his tap-in tonight — and looked adept in all three spots across the front line.

The £40m fee — although offset by Ki-Jana Hoever moving in the other direction — may have seemed high to some, but the young attacker has hit the ground running on his quest to prove any skeptics wrong. Long may it continue!

The Decision Makers: I know I just sang the praises of the recruitment team, but when Dejan Lovren left this summer — a good decision! — the call to not bring in a fourth choice centre-back as cover for the notoriously injury prone Joël Matip and Joe Gomez appeared a risky one to most fans cursed with some degree of foresight.

The Reds have been fortunate with injuries in recent seasons, rarely missing more than one starter from any given position group at a time, and almost never more than two starters concurrently. The loss of Virgil van Dijk for the season immediately set the alarm bells a-ringing, and when Joël Matip — predictably — began missing time, moving world-class defensive midfielder Fabinho down into the centre of defense was the solution.

After playing 91% of possible minutes this season, the Brazilian pulled up with what looked to be a hamstring issue tonight, handing 19-year old Rhys Williams his first proper piece of top-level football, and while the young Englishman did terrifically well on the night, it would be unfair to expect him to anchor the defense for any length of time next to still only 23-year old Joe Gomez.

Hopefully, the physio team can work some sort of magic on Joël Matip to get him back to fitness, and evne more hopefully-er, the recruitment team makes some moves in January.

Credit to the Opposition

Midtjylland were exactly as advertised — and perhaps even a little better — putting on a performance that was full of well-drilled build-up play, impressive individual skill, some sneaky clever set-piece plays, and — on at least two occasions — genuine goal threat. On another day, they could have easily snuck a point or three in their bag and brought them back to Denmark, and given the discrepancy in resources between the two clubs, that’s quite the feat.

Chaos reigns, as the Reds continue blasting through the fixture list, hosting David Moyes’ West Ham on Saturday, before traveling to Italy to take on Atalanta for the first time in club history next Wednesday, in what looks set to be a battle for top spot in Group D.