Killed Trump Woman Supporter Had A Husband And Her Lover Girlfriend in the Same House !

Spread the love
thanks for the views we appreciate : 439

The Air Force veteran fatally shot by police during last week’s US Capitol riot had been in a “throuple” with her husband and their live-in girlfriend, according to reports. 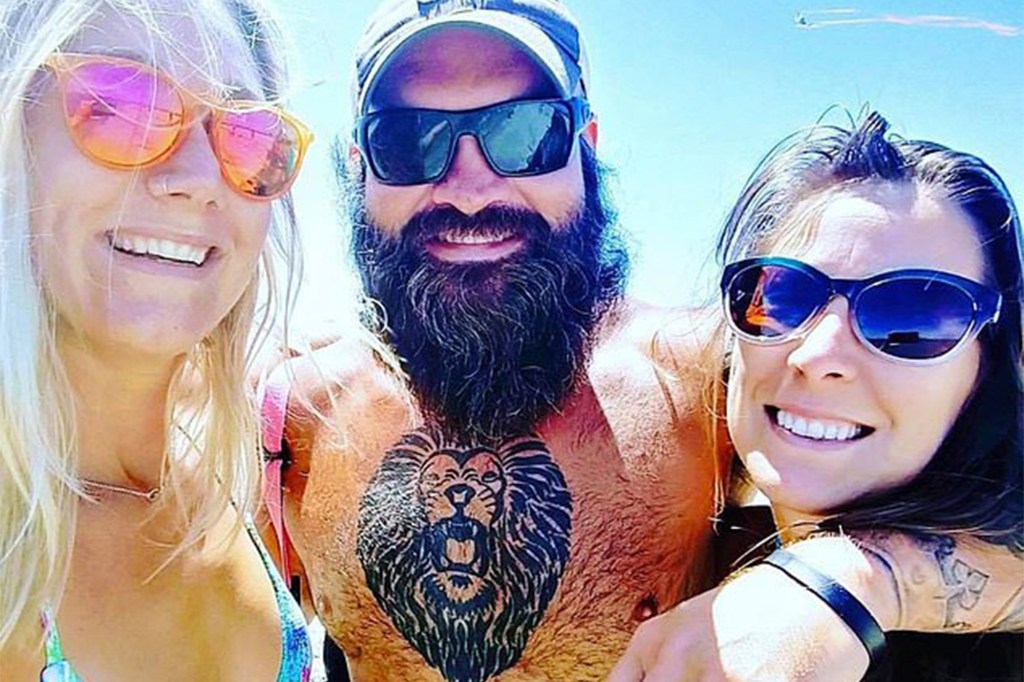 “I thought she was just going to a rally,” Joyce, who has known the married couple for about a year, said of Ashli.

“It was extremely unlike her to put herself in that position.”

During last Wednesday’s mayhem, Ashli was killed as she tried to climb through a smashed window in a panel beside a barricaded door in the Capitol building.

Joyce said she and Aaron found out about Ashli’s death “through the news. Through live television.”

“I actually saw it first on video when I was on the phone with multiple hospitals trying to find her,” she told the website.

Despite shacking up with Ashli and her husband, Joyce said she didn’t follow her girlfriend on Twitter and didn’t know about her fierce belief in QAnon conspiracy theories, the report said.

Two previously unreported video clips obtained by The Washington Post shed new light on the fatal shooting by police of Trump supporter and Air Force veteran Ashli Babbitt as she and other rioters stormed the U.S. Capitol.

Babbitt and others were attempting to breach a barricaded door inside the Capitol building on Wednesday afternoon, angrily demanding that three U.S. Capitol Police officers who were guarding the door step aside, one of the clips shows. The officers moved away as colleagues in tactical gear arrived behind the rioters, according to the clip and other video posted online.

Roughly 35 seconds after the officers moved away, as she climbed up toward a broken section of the unguarded door, Babbitt was shot by an officer on the other side. Babbitt, a 35-year-old California native, and more than a dozen others appeared to be trying to get into the Speaker’s Lobby, a hallway that would have given them access to the House of Representatives chamber, according to a Post analysis of video footage and plans of the Capitol.

A second clip, recorded approximately three minutes before the shooting, appears to show lawmakers and officials in the Speaker’s Lobby, just yards from Babbitt and others trying to get through. Rep. James P. McGovern (D-Mass.), the chairman of the House Rules Committee, was one of those present, a spokesperson confirmed.

As the lawmakers and officials were being evacuated, one rioter wearing a fur-lined hat repeatedly punched the doorway’s glass panels immediately behind the officers, creating extensive damage, the video footage shows. The rioter tried to get around one officer, identified by a patch on his jacket as K. Yetter, while several rioters yelled at the police to let them through.

“We don’t want to hurt no one, we just want to go inside,” one told them.

Another one yelled, “F— the blue!”

The Capitol Police did not respond to requests for comment. Two of the officers could not be identified, and attempts to reach Yetter were unsuccessful.

Babbitt, who was wearing a Trump flag as a cape, can be seen in the video footage acting in an agitated manner and remonstrating with officers. Her remarks to the police are not clearly audible.

At one point John Sullivan, a controversial self-described liberal activist who shoots video at a range of protests and who filmed the footage on Wednesday, is heard warning an officer that additional rioters may be on their way. “We want you to go home,” he said, according to the video. “I’m recording. And there’s so many people. They’re gonna to push their way up here. Bro, I’ve seen people out there get hurt. I don’t want to see you get hurt.”

Another man, wearing a red Trump hat, told the officers, “We backed you guys in the summer. When the whole country hated you, we had your back.”

At this point, one officer guarding the door said to the others, “They’re ready to roll,” and gestured to them to come with him, the video shows. The officers stepped away from the door together and moved to an adjacent wall.

With the door clear of law enforcement, some of the rioters renewed their efforts to break through. One used a helmet, and another tried with a flagpole.

About 20 seconds after the officers stepped aside, a loud scream is heard on the footage. One man shouted three times that an officer on the other side of the door had a gun. An officer with a gun can be seen at the edge of the video’s frame. The warning was repeated by another man, but other rioters continued trying to smash through the doorway.

Around this time, the departing officers were met by colleagues wearing helmets and armed with rifles, who had arrived from a stairwell behind Babbitt and the rioters, according to other video posted to social media. These officers began evacuating the officers who had guarded the door down the stairs.

With help from someone who hoisted her up, Babbitt began to step through a portion of the door where the glass had been broken out. An officer on the other side, who was wearing a suit and a surgical mask, immediately shot Babbitt in the neck. She fell to the floor.

Moments later, the officers armed with rifles and the officers who had guarded the door reemerged from the staircase behind where Babbitt had fallen, according to other video posted online. Some officers tended to Babbitt while others yelled at rioters to clear the area so she could receive treatment.

Timothy McEntee, Babbitt’s ex-husband, told The Post that his ex-wife owned a pool-cleaning business. “She’s a small business owner in California and felt (much like others) that she was being wronged,” McEntee wrote in a text message.