Spread the love
thanks for the views we appreciate : 49 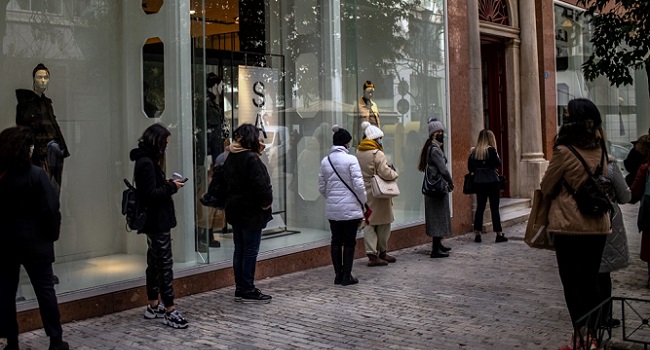 Ireland’s third Covid-19 lockdown will be extended by a month, Prime Minister Micheal Martin said Tuesday, blaming a virus variant first identified in the UK for the decision.

Current lockdown measures — in place since late December — were due to expire on March 5 but will now be prolonged until April 5.

Non-essential businesses, restaurants, pubs and gyms are to remain shut, government “stay home” advice has been renewed and a five-kilometre (three-mile) limit travel limit will continue, the Irish premier said in a televised address.

“We need to use the month of March to really drive down case numbers and get them as low as possible,” Martin said.

“We just need to stay focused and get through these next few months safely together.”

The Irish prime minister emphasised that a Covid-19 variant first identified in the UK — and in Ireland on December 25 — had become a “major problem” and was now responsible for “up to 90 per cent” of new infections.

“It is equivalent to a new virus almost,” he said.

“The truth is that it has changed the dynamic significantly and we need to be very careful as we take the next steps forward.”

Irish schools, which did not reopen after the December holidays and are still largely closed, will begin a phased return on Monday however, Martin said.

He nonetheless declined to outline a detailed plan to end the nationwide lockdown.

“We must monitor the situation very carefully and keep it under constant review,” he said.

Martin said over 350,000 vaccines have now been administered in Ireland — a nation of 4.9 million people that has suffered 4,181 virus fatalities to date.

The prime minister pledged more than one million vaccine doses would be administered per month in April, May and June — with more than 80 percent of eligible adults receiving at least an initial dose by the start of July.

The republic managed two previous waves of infection with relatively low case and death figures, but the virus surged after restrictions were relaxed ahead of Christmas in late December.

In early January the nation had the highest per capita infection rate in the world, according to Oxford University data.

Around 45 per cent of all deaths from the virus have occurred since the beginning of 2021.