I Am Sorry – Liverpool Owner Apologises To Fans Over ESL Involvement

Liverpool owner John Henry has issued a heartfelt apology to the Anfield faithful for what he termed a “disruption”‘ of the now collapsed Super League.

A barrage of scathing reactions and remarks from fans, politicians and football authorities have trailed the past week since the announcement of the European Super League.

This has left the implosive scheme facing ruins with the so-called “dirty dozen” facing lawsuits and sanctions from their respective domestic leagues.

Henry,  after days of silence finally made a video appearance in the early hours of Wednesday morning with a statement of concession

“I want to apologise to all the fans and supporters of Liverpool Football Club for the disruption I caused over the past 48 hours,” he said.

“It goes without saying but should be said that the project put forward was never going to stand without the support of the fans. No one ever thought differently in England. Over these 48 hours, you were very clear that it would not stand. We heard you. I heard you.

He further went on to apologise to Jurgen Klopp for putting the coach and his squad in the thick of affairs.

“And I want to apologise to Jurgen, to Billy (Hogan, club chief executive), to the players and to everyone who works so hard at LFC to make our fans proud. They have absolutely no responsibility for this disruption,” he said.

“They were the most disrupted and unfairly so. This is what hurts most. They love your club and work to make you proud every single day.”

In a post-match interview on Skysports, the German firmly gave his opposition saying

“My opinions didn’t change. I heard first time about it yesterday (Sunday) and when you try and prepare for a very difficult game like Leeds United and then so far we got some information, not a lot to be honest – most of the things you can read.”

“It’s a tough one people are not happy with that, I can understand that but I can’t say a lot about it to be honest. We were not involved in any processes, me nor the players we didn’t know about it. We’ll have to wait and see how it develops,”. the 53-year-old also said. 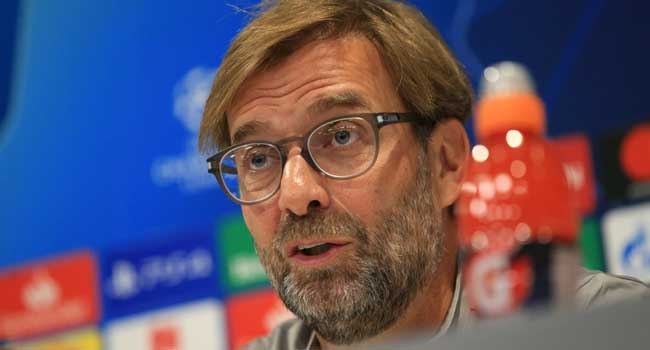 The Liverpool players were not left out of the ongoing controversy with Jordan Henderson sending out a powerful statement showing he and his teammates displeasure at its inclusion in the league.

James Milner, also showed his support for fellow teammate u saying: ‘I don’t like it and I hope it doesn’t happen.’